Tough and commanding look, Scott Adkins is an English actor and martial artist. After having appeared in bountiful well known movies such as Unleashed, X Men Origins: Wolverine, Zero Dark Thirty and others, he lately appeared in the role as King Amphitryon in the movie, The Legend of Hercules.

His muscular yet lean body makes his fans nothing but glare him with affection as well as astonishment. Scott doesn’t fail to create the influential impact and do justification to his roles both with his acting skills and with his ripped body. The handsome actor in particular has broad shoulders and perfect V shaped body, which is the most desirable physique among males. His background of martial artist indeed has been of immense help in having him own molded physique like the one he has. However, apart from that, he maintains his body in shape with arduous workouts and diet regime. 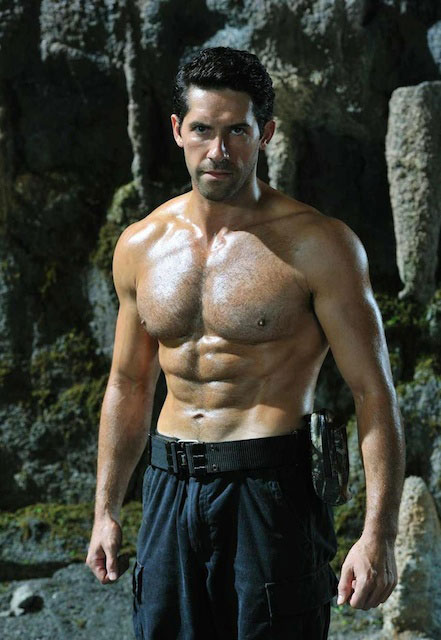 Scott being addicted to fitness maintains adequate balance between his exercises and diet. His diet being seldom deficient in nutrients is opulent in low GI carbs, proteins, and healthy fats. Without being tempted by the trick of confusing his metabolism, Scott abides by very healthy diet regime. His exercises being mainly inclined to magnify the number of lean muscles consist of protein rich snacks and food items.

Instead of succumbing to processed and refined foods, Scott is at peace with the consumption of whole and clean foods. He banks on foods such as fruits, veggies, lean protein, whole grains, fish, and protein smoothie etc. to nourish and strengthen his body. Since his practice sessions happen to be very grueling, he nourishes his body with protein rich foods minimum half an hour prior to his workouts. Protein shakes are generally what he opts to have in his meals before starting his workouts. Besides that, he also remains careful of feeding his body with protein rich foods post workouts. Protein diet both pre and post workouts triggers muscle repair and muscle building process in your body, and have you see spectacular changes occurring in your body.

When it comes to workouts, Scott is an enthusiast. He loves practicing variety of workouts. Instead of doing workouts just like that, he has well-defined fitness objective in front of him, which propels him to embrace even the most difficult levels of exercises. Since cardio workouts are mainly directed to torch pounds from body, the flab free physique of Scott has him swear by weight lifting exercises. 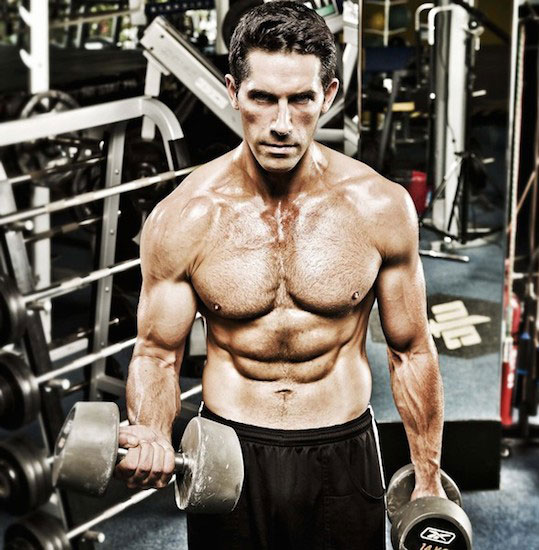 He executes exercises, which enhance his muscle mass without making his body look like a beast. Apart from kickboxing which builds up his strength and speed, he tremendously practices bench press, pull-ups, shoulder press, dumbbell lateral raise, and inverted row. These exercises make sure that his shoulders get erect and give macho look, and his waist gets narrower to impart him perfect V shaped body.

Apart from muscle building exercises, he swears by cardio workouts such as sprinting, running, and myriad other workouts, when either his objective is to build up his speed or to strip off fats from his sculpted physique. However, the action star relies on sports activities such as football and basketball more than all other conventional cardio workouts. These activities being mix of fun and workout cheer both his body as well as mind.

The iconic physique of the stud might instigate you to acquire physique like him. Before going ahead with your workouts, first of all, determine your fitness goal. If it is to melt pounds, your emphasis should be on high intensity cardio workouts. And if it is to condition your muscles, you should embrace weight lifting.

Weight lifting being the most rewarding strength training should be practiced discreetly. Four to five days spent on weight training are sufficient enough to tone your muscles. However, you should stay vigilant of the intensity of weights lifted by you. Your weights should certainly lie within the level of your endurance and stamina.

The moment you stop feeling any pressure or strain made by the weights, that’s high time you should switch to heftier weights. Constantly challenging your body with heavier weights will enhance the resilience power of your body and will have you continue getting gratifying results.