Spencer Barbosa is a Canadian social media star and TV actress who is best known for being part of the popular cast on We Are Savvy from 2016 to 2018. She has also appeared in a number of films and shows including Starseeker in 2015, Fear Thy Neighbour, and Karla. On the other hand, Spencer is an aspiring YouTuber who uploads skincare and makeup routines, vlogs, fashion hauls, tips, and tutorials. Over time, she has also garnered a huge fan base with more than 100k followers on Instagram and 50k followers on TikTok.

She is of Portuguese descent on her father’s side and has Canadian ancestry on her mother’s side.

Spencer has appeared in commercials for various brands including Hasbro and LeapFrog.

Through her social media, Spencer has either endorsed or promoted various brands like –

Spencer made her debut web show appearance as “Herself” in the popular web series of We Are Savvy in 2016. Also, cast in the show were Annie LeBlanc, Tehya Silbermann, and Sarah Webber.

In 2018, she spoke about going to the gym in order to boost her confidence. However, she did not lift any weights at the time. Judging by her pictures that she posts to her Instagram, it seems like as of 2019, Spencer was still going to the gym and focusing on her abdominal and lower body muscles.

Adding to her well-toned and conditioned physique, is her love of intense cardio activities like swimming and her indulgence in other sports.

As for her diet, she prefers to eat everything including pizza’s and burgers but in moderation.

In order to prevent breakouts, Spencer uses Herbalism Lush for its organic and natural properties. She washes her face with a towel soaked in warm water and then uses the product as an exfoliant and scrub. Thereafter, she uses a facial toner from Thayers using a cotton ball and rubs it all over her face. After that, she applies aloe vera instead of moisturizer.

She also never forgets to apply sunscreen before going out of the house. 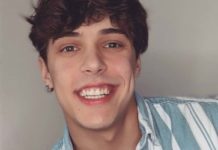 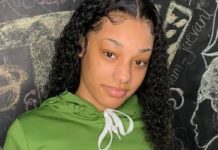