Tallulah Willis is an American actress who is best known for being the daughter of actor Bruce Willis and actress Demi Moore. She has appeared in a variety of TV shows and films such as The Whole Ten Yards, The Scarlet Letter, Bandits, Good Morning America, Catfish: The TV Show, The Talk, Dancing with the Stars, and Celebrity Page. She also has a fashion blog called The Clothing Coven.

Tallulah has German ancestry on her father’s side as her grandmother was German. 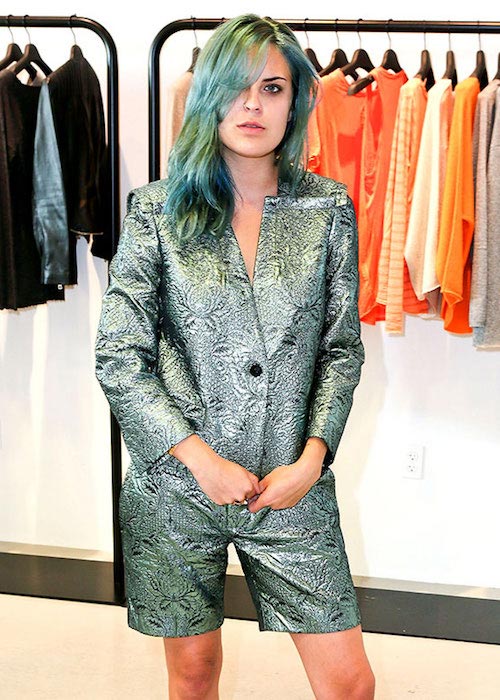 In 1995, she appeared in The Scarlet Letter for her role as infant Pearl. The lead role of Hester Prynne was played by her mom Demi Moore.

In 2015, she appeared in the dance reality show Dancing with the Stars as herself – Rumer’s sister in just one episode entitled “Most Memorable Year.”

Tallulah looks amazing now. She was previously a shocking unhealthy 95 pounds (or 43 kg). But, she worked on her body and started gaining weight.

Now, she keeps hitting the gym regularly and has a trim waist.