Tatum Marchetti is a British model who is known for having worked with a number of famous brands and designers of the industry which include the likes of Emporio Armani, Peter Pilotto, Givenchy, and Hermès. She has also been featured in many editorials and magazines such as Is In Town Magazine, Vanity Fair Espana, Vogue Italia, El Pais Semanal, Buffalo Zine, The Hunger Magazine, Glamour Russia, and Harrods. After getting discovered by an agent at the O2 Arena on her 15th birthday, she started her modeling career after completing her A levels. She has worked extensively as a model and has gained positive reviews for her work from various celebrated critics of the fashion industry.

Tatum Marchetti has completed her A level education.

Tatum Marchetti is represented by –

Tatum Marchetti has not dated anyone publicly yet and prefers to keep her private life away from the public eye. Hence, it is difficult for us to ascertain anything about her love life and relationship history.

Tatum Marchetti has done endorsement work for a couple of brands which include the likes of Emporio Armani and Peter Pilotto.

Tatum Marchetti made her fashion show debut by walking the ramp at the Givenchy S/S 18 Show.

Tatum Marchetti has maintained a healthy physique by leading an active lifestyle as well as by working out on a regular basis. Usually, she works out at the gym 4 times a week and her exercise regime mostly consists of running and doing 50 reps on the core machine. She also indulges in hot yoga sessions both for the physical as well as the mental benefits and has said that it helps her relieve stress.

As far as her diet is concerned, Tatum Marchetti prefers to eat clean food items and vegan meals. 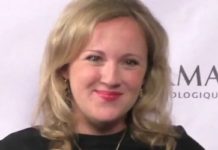 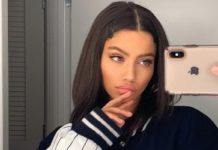