Glowing skin, flawless beauty, Teresa Palmer is an Australian actress who moved to Hollywood in 2006 with her debut film The Grudge 2. She appeared in several movies afterward. Teresa impressed everyone with her warrior performance in the movie I Am Number Four.

Normally female superstars are not seen doing difficult stunts in movies on their own (there are body doubles who are expert in them). However, Teresa accepted the challenge and did all those warrior stunts which probably male stars would also hesitate from doing.

Though Teresa always maintains her figure, but she was seen more curvy and skinny in the movie, I Am Number Four (2011). And there is no reason, why she shouldn’t have looked outstanding in the movie. After all, she had put all her time and energy in grooming and sculpting her body.

Through her spectacular role in the movie, she has proved that women too are not behind men in anything. Passionate lifestyle and eagerness to prove her are some of the inspiring traits of Australian beauty.

Teresa seldom undermines her body and takes proper care of it by doing regular workouts. She simply does not let flab rule over her body.

Disciplined and sincere towards workouts, Teresa prepared for her role of “Number Six” in the movie I Am Number Four by working out intensely for seven days in a week, and sixty to ninety minutes in a day. She hired renowned celebrity trainer, Jason Walsh to learn martial arts.

In the routine, after warming up her body with stretching or running on the treadmill, the star performs various lunges, squats, and workouts to tone her lower body parts.

Her dedication to workouts can be gauged from the fact that she didn’t skip her workouts even in her pregnancy, for she could often be seen hitting the gym and practicing low-intensity workouts.

Teresa abides by a healthy diet regime. When Teresa had to prepare herself for her role in I Am Number Four, instead of switching to crash diets to shed pounds, she inculcated healthy foods such as fruits, vegetables, proteins, nuts; fish etc. in her diet.

Rather than making dramatic changes in her diet all of a sudden, she gently marched towards healthy and nutritious foods. She slowly but surely eradicated refined sugar, fried foods, processed foods, dairy products, junk foods, and all other energy-sucking foods from her diet.

And no wonder, she felt greatly revitalized after moving on to a balanced diet. Stunningly gorgeous Teresa basically relies on vegan foods, but she forbids removing fish from her diet. Being conscious about a balanced diet, she eats rich sources of healthy fats such as fish, walnuts, hemp seeds, almonds etc.

Eating grilled or poached fish is the safest means to consume fish, for it keeps you immune from the saturated fat content of it. Let’s have a look at breakfast and snack items of Teresa Palmer. 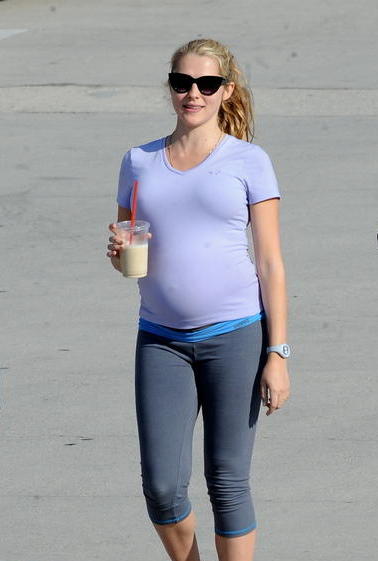 Breakfast – Teresa begins her day with a very filling diet and that is, baked berry crumble which is prepared by using sprouted buckwheat, almond butter, baked coconut, berries as ingredients.

Snacks – The star carries pistachios, almonds, kale chips, beetroot slices, goat cheese, sprouted buckwheat groats, cucumber slices, spinach salad etc. with her to work, and eats them whenever she feels hungry. In addition to that, green smoothie made up of kale, cucumber, spinach, celery, and lemon juice are parts of her daily beverages.

Teresa Palmer Advice to Her Fans

Teresa Palmer really feels pity for all those people who embark on a low-fat diet regime to strip off pounds. She considers low-fat diets equivalent to energy drainers, for they do no good to your body. She counsels her fans to think wisely before going along with any fad diet plan.

Instead of adhering to fad or crash diet programs, should you cut back the consumption of fried and processed foods, you can get healthy, energized, strong, and slender body forever. Teresa encourages her fans by saying; it’s never too late to make a healthy beginning. She too was not always in love with healthy foods. In fact, prior to succumbing to a healthy diet to drop pounds, she too used to eat plenty of fried foods, Burger King’s hamburgers, fatty meats, and other unhealthy foods.

So, don’t get disappointed over your rough lifestyle and eating habits. Without making your body devoid of your favorite foods, inculcate nutritious foods in your diet regime. When you will see radical changes taking place in your body, you shall feel captivated to stick to them forever.