The Marvel Studios has done a great job in bringing the superheroes from the dominion of nerds to the global stage. The decision to cast the beloved superheroes has been nothing short of a masterstroke. And, the decision to create a universe of their own, known as Marvel Cinematic Universe has proved to be a genius move. The stories of all movies is set in same universe, which means events and characters of one movie can move and affect other movies as well. This interlinking of movies has given the series an extra dimension.

Commercially, the movies set in the Marvel universe have been massive hits. Nearly each movie has gone on to earn more money than its predecessor, which means the standard and level of expectation has steadily increased with every movie. In this article, we will take a look at the ten most successful Marvel superhero movies.

Please note that the global revenue (not domestic revenue) of the movies has been used as a qualifying criterion, while compiling this list.

The movie producers and director, Joe Johnston had a stern challenge in front of them while making ‘Captain America: The First Avenger.’ Not only they had to reboot the American superhero after the disastrous 1990 movie, but it was the first time in modern Marvel universe, when they had to go back in time to make the movie. The movie was set amidst the backdrop of the Second World War. The movie was about Steve Rogers, a sickly man from Brooklyn who is transformed into super-soldier Captain America and his effort to thwart German effort to alter the course of war. He had to take down Red Skull, Adolf Hitler’s ruthless head of weaponry who intended to unleash an artifact called the “Tesseract” to secure World dominion.

The audiences as well as critics were won over by Captain America’s honorable struggle to thwart Red Skull at all costs. With $65.1 million earning, the movie had the second highest-grossing opening weekend for a superhero film in 2011, behind Thor ($65.7 million).

Thor, the God of thunder and the crown prince of Asgard made a thunderous movie debut in 2011. Though, the general public were aware of Captain America and Hulk, Thor was a new and almost unknown superhero for the general public. However, Thor’s smoldering physique and his adopted brother Loki’s cunning and shrewdness won over audiences instantly. In the movie, Thor tries to end his exile on earth and to regain authority to wield his hammer Mjolnir. Meanwhile, his adopted brother Loki has seized Asgard’s throne and has enter in pact with the frost giants to get ‘All father’ Odin killed. With $65.7 million, first weekend earning in North America at that time, the movie had the best start out of all four Marvel Cinematic Universe set movies, released till then.

The movie grossed $181.0 million in North America and $268.3 million in other territories to take the worldwide total to $449.3 million.

This was the movie which started it all. It was the first step towards assembling the impressive Avengers team. It was a major gamble of the Marvel as Iron Man was never adopted to the big screen and was obscured from the common imagination. Till then, Marvel had only relied on Spider Man series and it has proved to be a fairly successful lucrative option. But, the thing was that even before the movie, Spiderman was one of the most popular superheroes. However, the decision to start with this movie and to cast Robert Downey Jr. in the role of eccentric and genius superhero turned out to be a masterstroke. Not only, ‘Iron Man’ is one of the highest earning Marvel Cinematic Universe movie, also, the character of Iron Man is arguably the most popular member of the Avengers. And, in terms of critical acclaim, the movie did well. Unlike the Spider Man movies, this movie was praised for story and character development.

The sequel to the ‘Iron Man’ opens six months post the events of its predecessor. The charismatic and eccentric, Tony Stark is resisting government’s pressure to hand over the suit to the armed forces. Also, the palladium core in the arc reactor that keeps him alive and powers the armor is slowly poisoning him and he is sure he won’t live for long. Also, undercover agent Natasha Romanoff disguised as Natalie Rushman has become his personal assistant. And, there is an impending threat of rogue Russian scientist, Ivan Vanko using arc technology to build weapons. All these aspects made ‘Iron Man 2’ an interesting and entertaining mix. The movie was widely praised by the critics as well as fans for solid plot and awesome action sequences. The movie earned $312.4 million in North America and $311.5 million in other territories.

The sequel to ‘Thor’ was even bigger and better than its prequel, both in terms of revenue and scope of the movie. The movie directed by Alan Taylor and written by Christopher Yost, Christopher Markus and Stephen McFeely went on to give the audiences a bigger glimpse of Asgard and other surrounding realms. In this movie, Thor had to team up with his renegade brother Loki to save the Nine Realms from the Dark Elves led by the vengeful Malekith, who intends to plunge the universe into darkness. Also, Thor had to save life of Jane Foster, his girlfriend who has become a carrier of Aether, the mysterious element that would help Malekith unleash his destruction on the whole universe.

In terms of critical acclaim, the movie didn’t fare well as critics agreed that though movie was packed with humor and action, but it still failed to hit the standard set by the prequel. However, the movie producers weren’t worried as the movie earned nearly $200 million more than the first part.

For the second part of Captain America, the directors Anthony and Joe Russo, and screenplay writers Christopher Markus and Stephen McFeely decided they needed some of Black Widow’s witticism and sex appeal to make this movie a bigger hit than its prequel. And, it worked like a charm as Black Widow and Captain America’s banter helped the movie earn nearly the double of what ‘Captain America: The First Avenger’ had earned. However, the huge credit for movie’s success should also go to stunning special effects. Nearly 2,500 visual effect shots were done by six different companies in bid to get every stunt spot on, in the movie including Captain America’s tussle with the Winter Soldier and Falcon’s impressive maneuvers with the wingpack. The movie received an Academy Award nomination for Best Visual Effects. The movie earned $259.8 million in North America, which easily exceeded the budget of $170 million.

Like the first installment of the Captain America, ‘Guardians of the Galaxy’ was also a gamble for the Marvel. First of all, it was the first movie which didn’t have any connection to the Marvel Cinematic Universe or any character featured earlier. Quite different from the realistic theme used in other Marvel movies, this was an off the track and a unique cosmic adventure. In the movie, the group of misfits – Rocket, a gun-toting raccoon, Groot, a tree-like humanoid, the deadly and enigmatic Gamora and the revenge-driven Drax, the Destroyer assist adventurer Peter Quill, who has stolen a mysterious orb coveted by Ronan, a powerful villain. They try to shake off the relentless pursuit from Ronan.

This hilarious and unique Marvel movie was a massive hit in terms of commercial success as well as critical acclaim. In fact, some of the critics claimed that this was arguably the best Marvel movie. The movie’s earning in North America stood at $333.2 million.

‘Iron Man 3’ was the first movie released after the super success of ‘The Avengers.’ Maybe, any other movie would have failed to meet the expectations which Avengers had raised to the whole new level and would have fallen flat. But not, ‘Iron Man 3.’ The ever entertaining Tony Stark was once again at his eccentric and witty best in the movie. In this movie, he had to battle his growing restlessness and the regular bouts of panic attacks caused due to traumatic experience during the alien invasion. Also, the terrorist named Mandarin is wreaking havoc with string of bombings. Mr. Stark battled it all with his characteristic caustic wit and unparalleled genius and led the movie beyond the prestigious $1 billion mark.

‘Iron Man 3’ became the second-highest-grossing film at the domestic box office released in 2013. Also, it is currently ranked as the seventh-highest-grossing film of all time. Sadly, according to reports, this would be the last Iron Man movie. However, Tony Stark will be seen in other Marvel movies.

Joss Whedon, the director and screenwriter of the movie has the daunting task of repeating success of ‘The Avengers.’ Not only, he had to ensure that his movie would meet the high expectations of the fans, but also had to ensure that it would meet the enormous box-office earning of its predecessor. And, he has nearly achieved both goals. The movie has earned more than $1.3 billion and within coming months may cross the $1.5 billion mark. By setting up the Avengers against a more formidable foe, the director surely made it more interesting. And, also there was fulfillment of long standing promise that more superheroes would be presented in the movie. Can’t say, we have been disappointed by the addition of Quicksilver and Scarlet Witch to the roster. All in all, it was a delightful experience.

The main objective behind creating the Marvel Cinematic Universe was to ensure that all the superheroes could be brought together to assemble the Avengers. That was why, all the individual superhero movies were released in such a way that all the superheroes could meet at the same point in ‘The Avengers.’ And, what a delightful meeting it was. The best thing about this movie was that the background story of each character till the movie allowed them to seamlessly fit in the story structure of the movie. It was a treat for the fans of the franchise to see all the superheroes sharing same screen space and camaraderie. The movie went on to earn more than $1.5 billion, which makes it the highest grossing Marvel movie. Also, it is the third-highest-grossing film in the Hollywood history.

Apart from awesome cast, the other strong point of the movie was stunning special effects. The movie had more than 2,200 visual effect shots completed by 14 companies. For these special effects, the movie won Academy Award and BAFTA nominations. 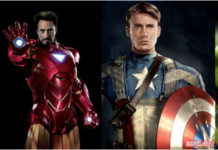 Life Advice from Superheroes: The Code that keeps the Stars going, in the Real World 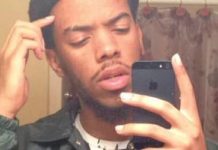 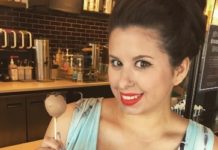 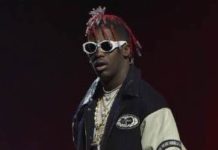