Tina Fey is an American actress, comedian, voiceover artist, writer, producer, and playwright who is best known for having been a part of the NBC sketch comedy series Saturday Night Live (1997-2006) as well as for creating the comedy series 30 Rock (2006-2013, 2020) and Unbreakable Kimmy Schmidt (2015-2020). In addition to that, she has also been cast in several movies and shows in roles like Ms. Sharon Norbury in Mean Girls, Kate Holbrook in Baby Mama, Claire Foster in Date Night, Kate Holbrook in Baby Mama, Nadya in Muppets Most Wanted, Roxanne Ritchi in Megamind, Kate Ellis in Sisters, Tammy in Wine Country, Diana St. Tropez in Great News, and 22 in Soul and 22 vs. Earth. Over the years, Fey has received many accolades including at least 9 Primetime Emmy Awards, 3 Golden Globe Awards, 5 Screen Actors Guild Awards, and 7 Writers Guild of America Awards. Moreover, she became the youngest recipient of the Mark Twain Prize for American Humor award in 2010 and it was announced that she would receive a star on the Hollywood Walk of Fame in 2011. 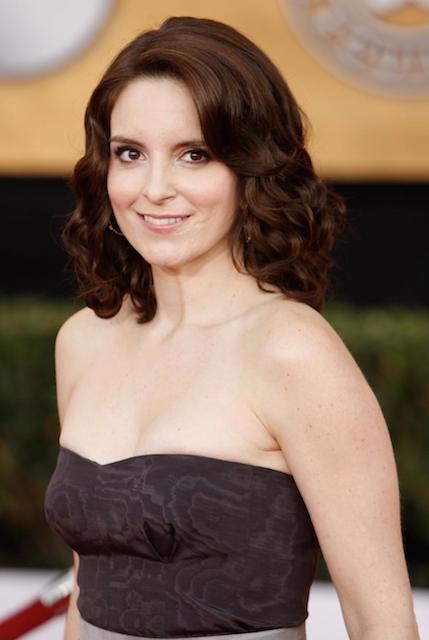 According to CelebrityNetWorth.com, her net worth was $75 Million in 2020.

She has Greek ancestry on her mother’s side while she is of German, Northern Irish, English, and Scottish descent on her father’s side.

She has endorsed GAP and appeared in their print ads in 2001.

Tina has appeared in a TV commercial for American Express credit card in 2007, and Garnier Nutrisse Nourishing Color Foam in 2012.

She appeared in a 2002 feature film Martin & Orloff for her role as a Southern woman.

From 1998 to 2006, she appeared in late-night sketch comedy Saturday Night Live for her various roles. During these years, she appeared in a total of 178 episodes. Tina also made five appearances impersonating Sarah Palin.

Tina revealed that she does not work out at all. The actress is a very busy woman and does not find much time to devote to exercises. So, stays away from the gym. Though, she has thought of doing yoga in the past and has also done it a couple of times. But, again, she left it due to her hectic schedule.

Now, she makes sure she eats well by watching what she eats. At the age of 29, she learned about correct eating by going through the Weight Watchers diet, and at the time, she lost an amazing 35 pounds. Tina has still maintained her healthy and slim body. She also does not weigh herself. If clothes are not fitting her, that sign is more than sufficient for Tina about her weight gain, just in case.