Tricia Helfer is a Canadian actress and former model, best known for her roles of Number Six in the TV series Battlestar Galactica (2004-2009), Alex Rice in Dark Blue (2010), and Charlotte in Lucifer (2016-2018). She came to prominence as a well-known model before she became an actress, which started around 1992. Tricia had the chance to walk for top fashion shows for brands such as Claude Montana, Givenchy, John Galliano, Dolce & Gabbana, Carolina Herrera, and Christian Dior. She has also appeared on the covers of magazines such as Marie Claire, Maxim, Vogue, Flare, Playboy, Amica, ELLE, Cosmopolitan, and others. Her acting career started in 2000, and in 2002, Tricia officially retired from the fashion industry.

Tricia Helfer is represented by –

She is of German, English, Swedish, and Norwegian descent.

She has also dyed her hair ‘Ombre’ with ‘Light Brown’ hair roots.

Tricia Helfer has endorsed brands such as –

Tricia Helfer has supported charities/organizations such as –

Tricia Helfer made her debut musical performance with a song Ring Around the Rosie in the episode titled Run of the criminal drama series Criminal Minds on May 16, 2012.

Tricia Helfer made her theatrical film debut as Eva in White Rush in 2003.

Tricia Helfer made her first TV show appearance as herself in an episode of the documentary news series, Inside Edition on November 11, 1992.

Tricia is a big fan of nature and traveling. She has shared numerous social media pictures of herself hiking and mountaineering and showcasing the physical challenges of getting to the top of the mountain. When Tricia is busy with filming, she goes to the gym and does a lot of cardio in the form of boxing and kickboxing, and tries to challenge herself in unconventional exercises such as inverted push-ups. 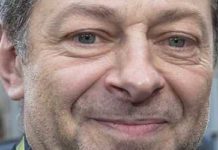 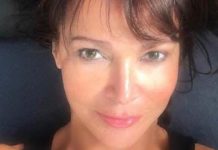 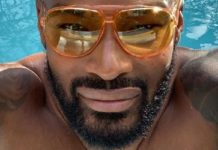