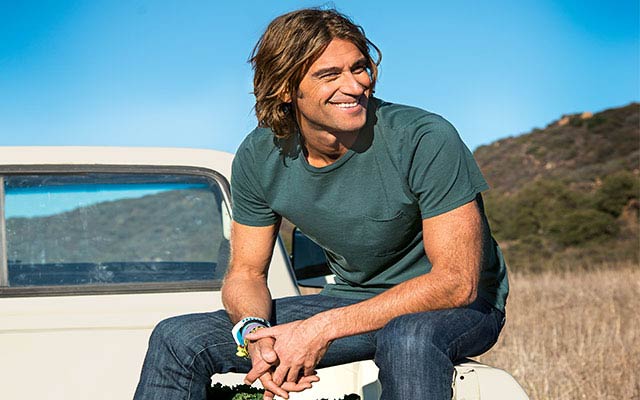 There are only a few people who muster the courage to change their life completely. Popular athlete, Rich Roll is one of them.

Here we learn about how he misspent his youth by indulging in the wrong things and how switching to veganism changed his life. We also get to have a look at the diet plan, he is following currently.

The Potential and the Mistake

Rich had a very good academic record as a young man and he was working towards a successful life. He was also physically active and did a lot of activities such as swimming. But, he made many mistakes in his 20s. He got attracted towards drugs and alcohol. This bad habit made him lose his home, go for a downward slide in the career and lose touch with family & friends. He made poor diet choices, relied heavily on junk food and didn’t exercise at all. He even had to go to a rehab for 100 days.

When he reached 39 years of age, he was professionally successful, got a pretty wife, started family planning but still, he was also 50 pounds overweight and faced an existential crisis. He was not sure about what he was doing with himself. One night, he went up a flight of stairs and went out of breath. Even his chest felt tight, he was winded and there was sweat on his brow. It was then, he realized that he may be a victim of a heart disease which unfortunately ran in his family. He then decided to change his life by seeking a new way to eat and live in order to ensure he became his healthiest self.

After trying scores of diet plans in a year’s time, the bestselling author started a whole food vegan diet. It changed his life and filled him up with energy. It also motivated him to take better care of himself and even exercise. While switching to this diet, he took the help of an old swimming friend who donned the role of a mentor so that the sports star would make the diet transition responsibly, intelligently and by using the right tools.

Being Attracted to Racing

The ultra-endurance athlete lost 22 kilos of weight, thanks to his better lifestyle. It motivated him to test the outer limits of his potential which eventually led to his participation in ultra-endurance races.

Currently, the former lawyer has given up law and his life revolves around health & fitness. The secret of his success is his plant-based diet because plant-based foods are less anti-inflammatory. Less inflammatory responses also allow his body to bounce back quickly after a hard workout along with reducing the chances of an injury and overtraining.

Some people believe that a plant-based diet can result in a lack of protein, but the father of four denies it. He has been sticking to this diet for 10 years but has not faced any problem in building lean muscle mass. In his opinion, eating a plant-based diet is optimal for all athletes and sportspersons from various sports like basketball, MMA, soccer, hockey, triathletes, runners, ultra runners and football like it. Even the most decorated and celebrated ultrarunner of all time, Scott Jurek is a long-time vegan.

Let’s have a look at the diet plan of the LA-resident.

He wakes up at 5 or 6 am, has some water, a small cup of coffee and starts training. Post workout, he has a large smoothie that includes dark leafy greens such as chard, spinach, kale and beets, berries, pineapples, beet greens, etc. He also throws in some superfoods like chia seeds, spirulina, ground flax seeds and hemp seeds. Citrus, banana and coconut water are also included. If he is very hungry, he has some gluten-free toast with almond butter or berries and coconut milk with cold quinoa.

During the workout, he fuels with sweet potatoes, dates, and bananas. When running, he likes having almond butter or drinks coconut water.

After training, he has another smoothie that contains all of the aforementioned ingredients and some protein powder. He does it once or twice a week only.

A big salad is his preferred lunch option. He likes munching on nuts, fruits, salad throughout the day.

The runner just likes to take a B12 supplement.

As we all know, Rich Roll is a very committed person. He is still stuck on his vegan diet and opines that following it is quite easy and less time-consuming. Have a look at his recent diet plan and fitness approach right here.

The wellness advocate says that people have a misconception that if they turn vegan, it will be quite time-consuming or more expensive. This is not the case as per his personal experience.

He starts his day with a green smoothie packed with lots of berries or dark leafy greens. He recommends that you swap your cereal with cold quinoa. Add different types of berries and some almond or coconut milk to it. You can also replace the basic bread and butter with gluten-free toast and some almond butter.

During lunch, he prefers to have a salad that’s made by using fresh vegetables and is dressed with olive oil or balsamic vinegar. He also thinks that Chipotle is a good burrito bowl option. He fills it with beans, rice, and guacamole.

At dinnertime, he likes to have veggie enchiladas or a bean pasta. He makes his tomato sauce by blending tomatoes in a Vitamix in a very short amount of time.

Veganism is for All

Roll doesn’t believe in the statement that veganism is not for all. In his opinion, anyone can follow it as long as they have whole foods in their natural state. He thinks that one can feel satiated without having sugary things or refined grains as they often put extra pounds on.

Why is Fitness Suddenly So Important?

According to Rich, fitness has suddenly become so important because Americans have been losing their health steadily. Another reason is that the internet has allowed people to be more informed.

Being a Fitness Enthusiast

The fitness expert says that he turned to help people stay fit because changing relationship with food has transformed his life for the better. He was also inspired to share his story when people reached out to him with their own transformation stories. When his story became popular, he was further inspired to serve people in a meaningful and profound way.

Fitness and Success are Interrelated

Roll also believes that when you have healthy eating habits and a healthy body, it will contribute to your professional success. When your energy levels are high, the focus is boosted, the mind is sharpened, you have better mindfulness, and your sleep is enhanced, it will increase your total productivity.

If you take care of your health, you will not get sleepy post lunch, you will efficiently complete any work task, and you will be less easily distracted.