Valeria Lukyanova is a Russian model, educator, and entertainer who is best known for her resemblance to a Barbie doll. She has been cast in on-screen projects like The Doll and Doll House Workout. 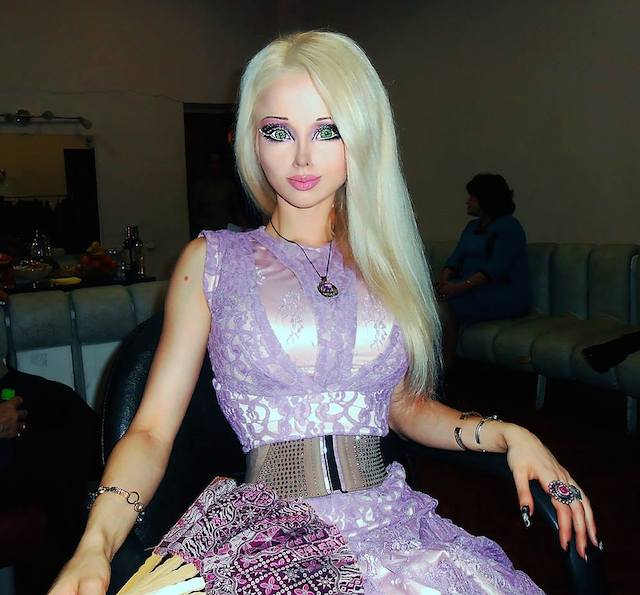 Valeria attended the Odessa State Academy of Constructions and Architecture in Ukraine to attain a bachelor’s degree in architecture.

Valeria is married to her childhood friend and Ukrainian businessperson, Dmitry Shkrabov. She has no children.

Valeria told in a GQ interview in 2014 that she didn’t want to have children and hence doesn’t want to live a family lifestyle.

She refers to herself as a part of the “Eastern Baltic” race.

She has dyed her hair “Blonde”. She has naturally “brown” hair.

She has naturally “Green” eyes but uses contact lenses of a “sky blue” color. 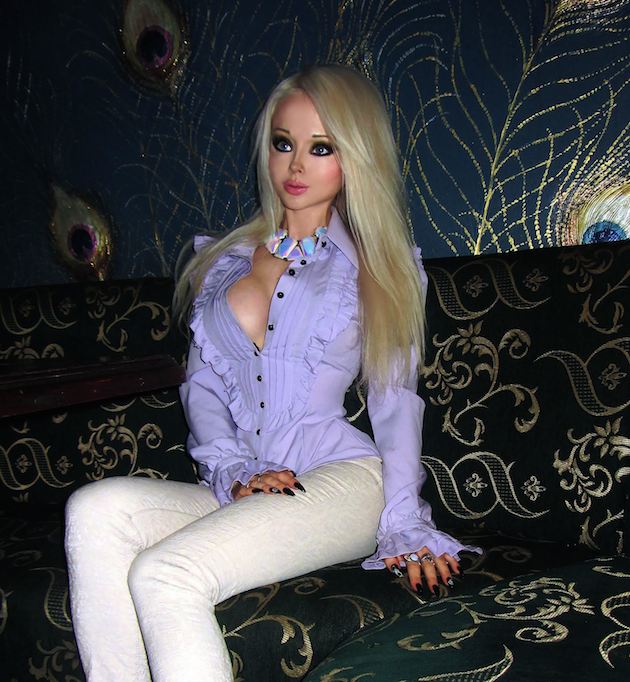 She does not believe in any of the religions. So, she does not follow any.

Becoming a human barbie doll. With the help of make-up, she changed her looks completely to look like a barbie doll.

In 2013, she appeared as herself in the 30-minute long documentary film The Phase which was posted on YouTube in 7 different languages.

She has a tiny waist and it can’t be achieved without making any change in her diet or workout. She lives on a liquid diet and is a strict vegetarian.

She works out three times a week and does lots of running. Valeria does not eat for two hours after her workout but only drinks liquids.

The biggest secret behind her slim body is she eats liquid foods and that too in very small quantities.

She recommends not drinking water with food if one wants to achieve a lean body.

Valeria has also spoken more about her diet that lately, she didn’t feel any hunger or thirst and so, she will finally be able to live on air and light alone, converting to breatharianism (a cult with the central belief that food and possibly water are not necessary for survival). Valeria later stopped this pursuit and said, “I still would like to do breatharianism someday. But right now I am far from it, and I do not know when I will do it”.