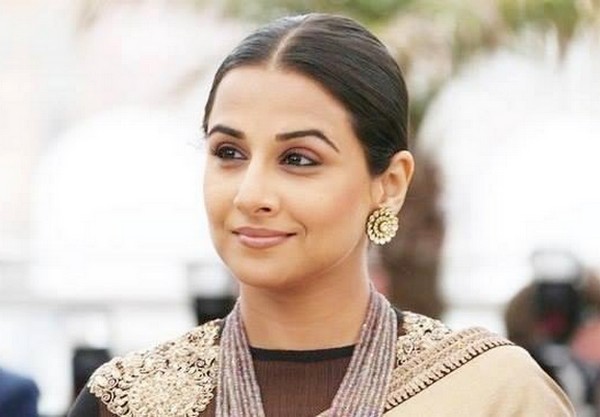 Vidya Balan is a Bollywood actress having immense fame. She is considered to be a leading actress who excels in the area of acting. She is very beautiful as well. The actress is very talented and has won numerous awards. Balan was born on 1st July 1978 and is a sociology graduate. She worked in a number of commercials, television shops and music videos before appearing in Hindi movies.  The star has a good looking physique and is sculpted in excellent proportions.

Vidya Balan recently gained some weight while shooting for her Hindi movie ‘The Dirty Picture’. She adopted a new workout plan to lose around 15 to 20 kg of body weight. She lost some of her weight (around 2 kg) by participating in a number of movie promotion shows. Her new workout helped her lose more weight. She sleeps for 8 hours in a day and does workouts 5 to 6 times a week.  Her aim is to maintain her curvaceous body while losing excess fat.

Vidya took the help from her personal trainer, Vilayat Hussein. Under him, Vidya did a special form of exercise which is called as calisthenics. This form of exercise involves the use of one’s own body for strengthening the body core. It has simple and rhythmic movements like bending, kicking, jumping, twisting etc. Vidya Balan performs this exercise 4 to 5 times a week. She also does cardio exercises. Vidya Balan does not have a gym at home but she uses a number of light weights to exercise at home. Vidya Balan is doing these exercises for the past 1 year. She has been able to get very satisfying results.

The now-svelte Vidya Balan had once undergone a wrong exercise program. She used heavy weights at the gym at the time of exercising. The exercising technique, she employed was also wrong. That is why, she had a bad shoulder. To cure that, she had undergone physiotherapy. Now she strictly exercises with light weights.

The dietician Pooja Makhija advices Vidya on her diet plans. She has suggested Vidya to eat every 2 hours. Eating frequently in small portions helps the body to increase its metabolism rate. This way, the body is able to burn more calories. Vidya was not able to eat much at the start. Later, she was able to enjoy her workouts. She even went for running at the Juhu Beach in Mumbai at 12 pm at night. Clearly, she was overwhelmed by the highly energized diet plan.

Prior to adopting the diet plan, Vidya was a pure vegetarian. Now, she eats egg whites. She says, she finds eating eggs hard. She also does not like to mix food items. She would eat an apple but would not eat an orange along with it. In the same way, she would eat Roti-Daal-Sabzi, but would not mix Roti with Rice. She likes chocolates and eats them frequently. The actress suffers from sweet tooth and hence drinks lots of water.

Vidya Balan likes to eat natural food items and avoids Maida. She also drinks vegetable juices frequently. The diet plan requires her to drink them each day. She prefers whole fruits in place of fruit juices. It is a good practice as whole fruits offer high amounts of fiber. She is still not able to avoid her masala tea. She likes whole grain bread. She avoids eating sweets and eats dry fruits instead.

Vidya gets her kajal imported form Pakistan. She uses MAC makeup wipes for removing make-up form her face. She drinks vegetable juices, fruit juices and coconut water so that she gets a glowing skin. For skin care, she uses Khadi Herbal Face and Body Wash in Rose and Lemon. She also undergoes regular hair messages in order to maintain her hair health.

Vidya Balan was named by PETA in 2010 as the ‘hottest vegetarian’. Vidya recommends vegetarian diets for those who intend to lose weight and for those who wish to increase their metabolism rate. With reduced weight and improved figure, the star is all set to achieve new heights in her career in the coming years.