Yolandi Visser is a South African rapper, songwriter, and actress who is most well-known for her work as the lead vocalist of the Cape Town-based rap-rave musical group Die Antwoord. She has also featured in several films and TV shows as an actress, which includes playing a stylized version of herself in the 2015 dystopian science-fiction film Chappie.

Yolandi had attended St. Dominic’s Catholic School for Girls in Boksburg, Gauteng, from the age of 5 to 16, after which she was enrolled in the Lady Grey Arts Academy, a renowned center for arts in the Eastern Cape province of South Africa.

She is of Dutch descent and belongs to the Afrikaner ethnic group.

Yolandi and her band Die Antwoord have appeared in video and print advertisements for the fashion house Alexander Wang’s Spring 2012 line ‘T’. 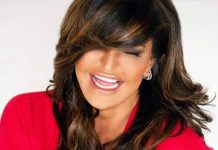