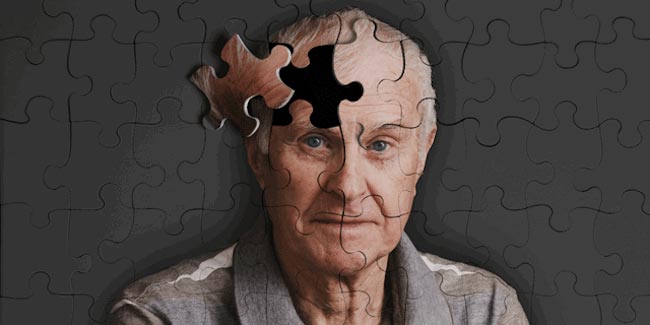 Eating healthy is important. And, in these modern times, a lot of attention is placed on looking aesthetically great. Seeing almost every Hollywood star with ripped and chiseled physique has only fueled desire to get stunning physiques. However, it is not the right approach. Don’t get me wrong, I have nothing against developing great physique. I am sure getting six pack abs would be a wonderful achievement. However, I do have a problem with diets designed with emphasis only on getting most aesthetically pleasing body.

For example, sometimes people start ketogenic diets to get shredded physique. The typical ketogenic diet consists of consuming only protein and fats, and completely refraining from carbohydrates. Now, although such diet can help you get super lean physique, but it does a lot of harm to your body. Not only it will adversely affect your vital bodily functions that use carbs for fuel, but can leave you feeling fuzzy and dizzy.

Similarly, the foods listed below can have a negative impact on your memory and cognitive abilities. Take them off your diets or at least moderate consumption to ensure that the most vital muscle in your body remains healthy and continues to work at its best. 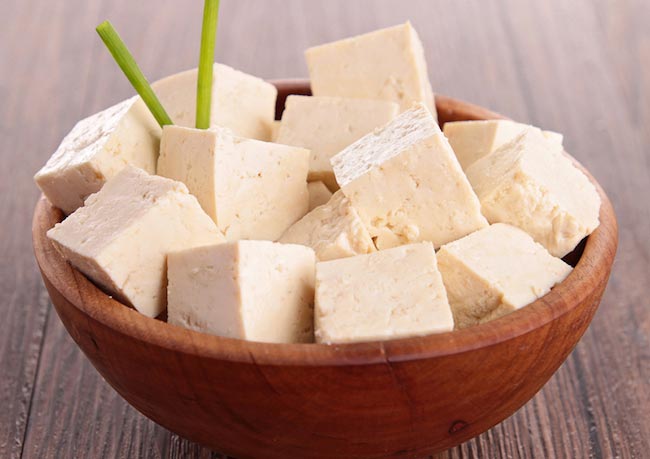 Tofu has gained considerable fame as a great replacement for meat. This high protein food is widely consumed by the vegetarian fitness enthusiast and athletes who would otherwise miss out on vital amino acids that are usually present in meats. However, recent studies and research have revealed that eating lot of tofu can have bad effect on your brain and cognitive abilities. In fact, one study conducted on more than 700 elderly Indonesians found that high tofu consumption (at least once a day) was associated with worse memory, particularly among those over age 68. The researchers put study subjects through a series of memory tests. They found that those who ate more than 9 servings of tofu per week faced greater memory challenges than those who did not. Though the reason behind the association isn’t clear, however, it is speculated that the presence of phytoestrogens in soy might contribute to the increased risk of dementia. The other negative effects of eating tofu include increased thyroid damage, especially in women, increased risk of breast cancer in women, weakened immune system and potential severe food allergies.

The research also revealed that all soy foods aren’t bad. The researchers found that Tempeh, the popular fermented-soy food, was actually good for memory and cognitive functions. Plus, daily consumption of tempeh can increase intake of folate, vitamin K, calcium, magnesium, iron and fiber. 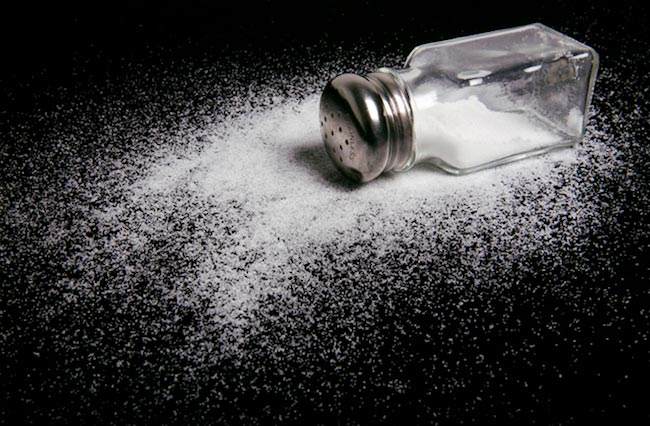 Also, it has been found that high sodium diet can have negative impact on your kidneys as well. Sodium plays a fundamental role in balancing the levels of fluid in our bodies by telling kidneys when to retain water and when to get rid of it. The high sodium content reduces kidney function, which means less water would be removed from the body. This could lead to high blood pressure. Plus, it can lead to kidney stones. 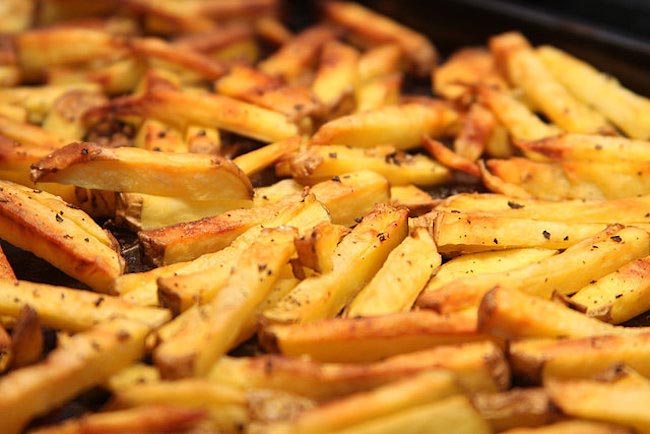 Well, this is another reason to abstain from Trans Fat at all costs. To the already burgeoning list of Trans Fat related health problems such as obesity, heart problems and diabetes, the recent research has added decreased cognitive ability as well. Therefore, the Obama administration’s pledge to phase Trans Fats out of the American food supply over the next three years is a great news.

In a study published in the journal PLoS One, it was found that high Trans Fat intake is related with difficulty in remembering words. For the research, 1018 subjects were selected and their consumption of Trans Fats was varied from 3.8 grams per day to 27.7 grams per day. Subsequently, the subjects were asked to complete a task that forced them to identify new versus recurring words in a series. It was generally found that more the Trans Fat intake, worse the performance was. For each gram of daily Trans Fats consumed, the participants could remember an estimated 0.76 fewer words, which means the participants with highest amount of Trans Fats consumption per day recalled 65 words correctly, whereas the average participant recalled 86 words.

The natural fats are vital for good brain health as they create and maintain cell membranes and carry fat-soluble vitamins A, D, E and K. However, the Trans Fat can cause cellular destruction, have negative effect on hormone production, adversely affect memory and increase inflammation in the brain. The increased inflammation can reduce the body’s production of Omega-3 fatty acids. 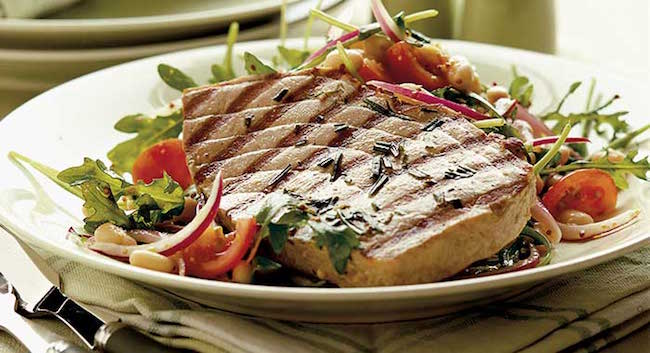 Tuna is one of the modern superfoods. Omega-3 fatty acids, iodine, iron and B vitamins are some of the many vital nutrients and minerals present in tuna. Being an excellent source of dietary protein, it is especially loved by athletes and bodybuilders. The other benefits associated with the regular consumption of tuna includes lowered risk of coronary heart disease, improved immune system, less triglyceride levels and prevention of high blood pressure.

However, the recent research reveals that the tuna isn’t as perfect as it is made out to be. The regular consumption of tuna can impair working of your brain. The study conducted at the Carillon Outpatient Center in St Petersburg, Florida found that eating more than three servings of species of fish that are high on the food chain such as tuna, grouper, snapper, bass, swordfish, and shark each week (or more than four servings per month) puts you at risk of cognitive dysfunction. For the study, the seafood-eating habits of 384 men and women, primarily corporate executives, who were attending an all-day comprehensive physical evaluation were analyzed. Before we proceed ahead, I want to clarify that the cause of concern here isn’t the seafood actually. It is the amount of mercury present in the seafood. And, it was found that those with the highest levels of mercury in their blood scored worse on the cognitive tests.

Although, your body is capable of excreting mercury slowly over time, but by ingesting too much mercury, you put your body at the risk of mercury accumulation. The other health problems apart from brain damage associated with mercury are numbness in your skin, shakes or tremors, difficulty in walking and vision problems. 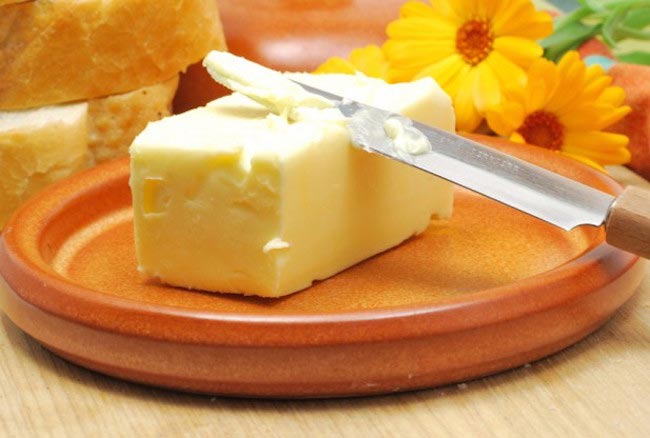 According to a recent study published in the journal Neuropsychopharmacology, a diet high in saturated fat along with causing host of heart problems can also lead to cognitive function impairment. The research was conducted at the University of Montreal. However, there is a catch that the study was conducted on group of rats. Nevertheless, the study found that irrespective of weight gain and obesity, the high-fat consumption can cause impairments in the functioning of the brain sector that is responsible for mood disorders, drug addiction, and overeating. It has to be noted here that high fat diet is that in which fifty percent of the calories come from fats and in this case saturated fats.

The diet high in saturated fats causes cognitive function impairment by dulling the dopamine reward system while increasing the dependency on unhealthy foods. The increased dependency on unhealthy foods could in turn cause wide range of health problems such as obesity, diabetes and heart disease. The dopamine system controls motivation and wellbeing. And, when this system is impaired, your brain will spur you to overeat to compensate for feeling unsatisfied. 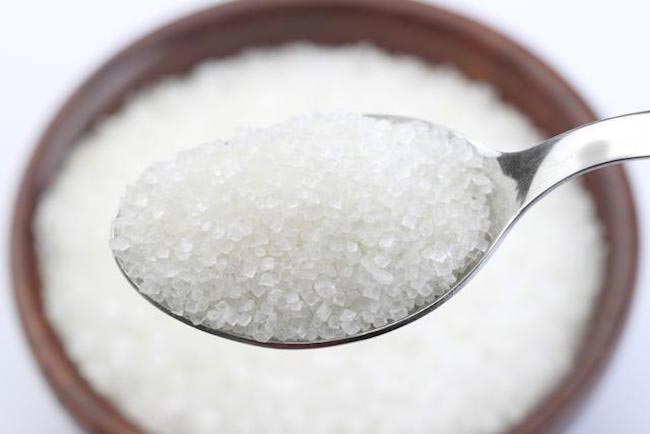 A research conducted at the University of Pennsylvania’s Perelman School of Medicine, Philadelphia, has found that people with type 2 diabetes may lose more brain volume than is expected as they age. And, surprisingly, this shrinkage is not related to negative effect of diabetes on blood vessels in the brain. The shrinkage was related to the way brain handles sugar. The brain volume loss was particularly severe in the gray matter which includes areas of the brain involved in muscle control, seeing and hearing, memory, emotions, speech, decision-making and self-control. For the study, the researchers analyzed MRI scans of the brains of 614 people with type 2 diabetes. The volunteers had been suffering from the medical condition for an average of about 10 years.

As proved by another study published in Brain, Behavior and Immunity, even if you aren’t diabetic, the consumption of excess sugar will harm your brain. The study found that consuming large amounts of sugar leads to inflammation of hippocampus, the brain’s memory control center, which hampers it from working at its full capacity. Also, high sugar intake is linked with depression. 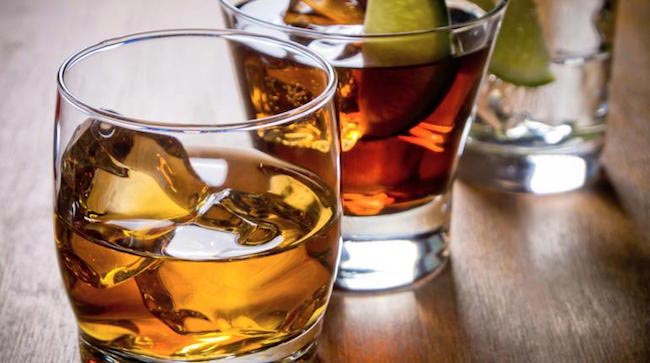 Alcohol clearly has a unique effect on your brain. After too many drinks, you might experience difficulty in walking, blurred vision, slurred speech, slowed reaction times and impaired memory. These side effects disperse after some hours of sleep. However, if someone is a raging alcoholic and has been in love with a pint for too long, there might be brain deficits that might last even after he or she achieves sobriety. The several studies have found that drinking large amounts of alcohol for long periods of time can increase the risk of developing serious and persistent changes in the brain.

In a study conducted at the Boston University School of Medicine, it was found that the fifty percent of study subjects who could be termed as alcoholics faced some problems in thinking and memory functions. It was found that prolonged ingestion of alcohol impairs the way the brain normally works, and individuals become highly susceptible to some forms of brain damage.