Alok is a Brazilian DJ, musician, TV personality, and record producer best known for his hit song, Hear Me Now released in collaboration with Bruno Martini and Zeeba on October 21, 2016, through Spinnin’ Records. The accompanying music video was released on the same day and has amassed more than 320 million views. He became a DJ back in 2004 between the ages of 12 and 13 as a collaborative act with his fraternal twin brother Bhaskar Petrillo. However, he only came to prominence in the early 2010 and was named “Best DJ in Brazil” by House Mag in 2014 and 2015 consecutively. In 2016, Alok was the only Brazilian DJ in the list of 25 best DJs published by DJ Magazine on the 25th spot. Alok was also ranked 19th in 2017 and 13th on the same list composed by the magazine in 2018.

Between 2012 and mid-2016, he had released numerous songs some of which were titled Superstition, We Need Hip Hop, Arabe, Higher, Naughty People ft. Yves Paquet, House Hop, Play My Game, Who Gives ft. Shapeless, Liquid Blue ft. Dazzo, Addiction ft. Nytron, Me & You ft. Sevenn, but they all failed the chart. His 1st song that charted was Hear Me Now, which reached number 20 on the US Billboard Dance/Electronic Songs chart. In 2017, Alok released songs such as Sirene with Cat Dealers, Fuego with his brother Bhaskar, Love Is a Temple with Iro, Big Jet Plane with Mathieu Koss, and Alien Technology with Hi-Lo. The year of 2018 saw the release of songs such as Favela, Innocent, Bella Ciao, and I Miss U. Alok also released tracks such as Pray with Conor Maynard, All the Lies with Felix Jaehn and The Vamps, Metaphor with Timmy Trumpet, Party Never Ends with Quintino and The Wall with Sevenn.

Alok is represented by –

He is of Italian, Portuguese, and Lebanese descent.

Between the ages of 12 and 19, Alok and his fraternal twin brother Bhaskar were a part of a duo they named Logica or Logic. In 2012, Alok branched out as a solo artist, and released songs Superstition and We Need Hip Hop, and in 2013, Put Some Sax On and Arabe. The year of 2014 was a bit more prolific for him as he released songs such as Higher, Naughty People ft. Yves Paquet, I Know You Feel It, House Hop, and Play My Game.

Alok’s career began to blossom in 2015 with a lot of collaborative projects next to his solo tracks such as Yawanawa and The Future. The others were Freedom in the Valley with Dressel, Daavar & Zeppeliin, Feels Good with Diego Miranda, Who Gives with Shapeless, and Winter Sunset with Dazzo & Ellie Ka. However, it wasn’t until 2016 that his career as a DJ took off, 1st noted by the release of tracks such as Liquid Blue with Dazzo, I Need the Bass with Sevenn, Mix Forever, and Addiction with Nytron.

His track, Me & You, made in collaboration with Iro in 2016 also ended up in the Netflix original film, XOXO (2016), which helped his publicity. It also led to the release of tracks such as Byob with Sevenn, Bolum Back with Liu, Do It with Dazzo & Barja, All I Want with Liu & Stonefox, and the track that changed it all, Hear Me Now with Bruno Martini & Zeeba in late 2016. That track charted highly in a number of countries such as #20 on Billboard Dance/Electronic Songs, #8 in Norway’s VG-Lista, and #11 on Sweden’s Sverigetopplistan chart.

The year of 2017 saw the released of only tracks that had featured artists, which were titled Sirene, Fuego, Never Let Me Go, Love Is a Temple, VillaMix (Suave), Alien Technology, and Big Jet Plane. Alok followed the same trend in 2018 as well, and released collaborative tracks Ocean, Bella Ciao, Toda la Noche, Baianá, I Miss U, Favela, Innocent, and Próximo Amor.

Alok also had a very successful beginning to the year of 2019, with hit songs such as Pray with Conor Maynard, Metaphor with Timmy Trumpet, All The Lies with Felix Jaehn and The Vamps, and E Depois (Que Sorte a Minha) with Seu Jorge & Bid. Towards the mid-2019, he also released tracks Party Never Ends with Quintino, The Wall with Sevenn, and Vale Vale with Zafrir on August 9, 2019.

He made his first TV show appearance as ‘Himself’ in an episode of The Noite com Danilo Gentili in March 2017. 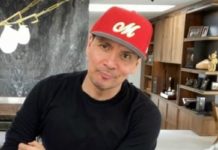