Andrew Lincoln studied at Beechen Cliff School in Bath. After getting interested in the acting, he spent one summer studying drama at the National Youth Theatre in London.

After completion of his school education, he joined the famous Royal Academy of Dramatic Art to hone his acting skills.

Andrew is of English descent on his father’s side while he has South African ancestry on mother’s side.

Andrew Lincoln has done voiceover work for a number of Adidas commercials and has assumed the role of narrator in various AOL TV adverts.

Andrew made his first film appearance in 1995 in a drama film Boston Kickout as Ted.

In 1994, Andrew guest appeared in the Channel 4 sitcom Drop the Dead Donkey as Terry.

Lincoln attributes his lean body to his love for running. He used to enjoy five mile long runs in his hometown Georgia.

He hired a personal trainer for the first time in his life to prepare for his role in the zombie action series, The Walking Dead. The trainer advised him to cut his long distance running habits and instead add free weight exercises to be done in rapid sets with very less rest period. He was also asked to cut out carbs and sugar from his diet. 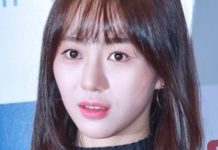