Andy Murray is a British professional tennis player who is best known for having been ranked world No. 1 by the Association of Tennis Professionals (ATP) for almost 41 weeks. He has participated in a variety of tournaments such as US Open, Wimbledon, Grand Slam, Masters 1000, London Olympics, Aberdeen Cup, Rogers Cup, Australian Open, Miami Masters, German Open, Qatar Open, Monte-Carlo Rolex Masters, Sony Ericsson Open, and many more. Andy has been sponsored by several brands such as Adidas, Shiatzy Chen, Royal Bank of Scotland, and Castore. 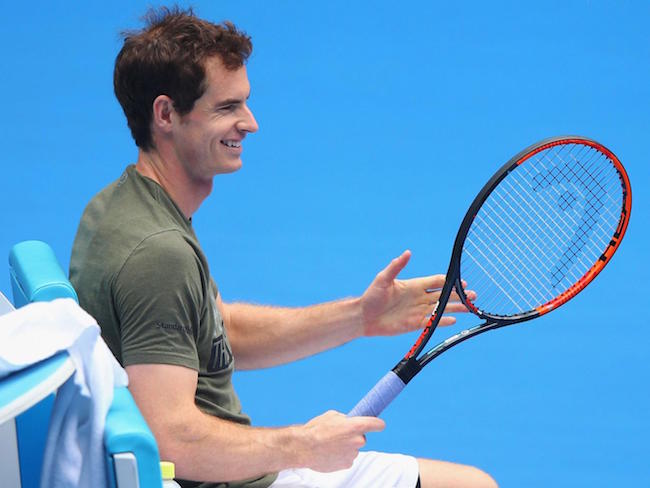 He shows his tennis magic in this Head.com video.

On tennis courts, several brands have endorsed Andy Murray such as Adidas (for shoes from 2009 to 2014), shirt sleeve sponsors like Highland Spring, Shiatzy Chen, and Royal Bank of Scotland, Fred Perry apparel, Under Armour, and Head rackets.

Being one of the most consistent players on the tour in tennis.

He debuted in tennis professionally in April 2005. At that time, he was ranked world #407.

Andy Murray spends several hours on the court training himself under the supervision of his coach.

In this Instagram video, he is seen doing a session of versa climber at his home after spending 2½ hours on the court.

During a Grand Slam tournament like Wimbledon, he is very careful about his diet. His diet options are limited at that time such as –

To maintain his weight, he prefers to eat a gluten-free and high protein diet.