Bailee Madison is an American actor, voiceover artist, singer, author, and producer who rose to fame after appearing as May Belle Aarons in the 2007 coming-of-age fantasy adventure film titled Bridge to Terabithia. She has also been cast in movies like The Last Day of Summer, Don’t Be Afraid of the Dark, Annabelle Hooper and the Ghosts of Nantucket, The Strangers: Prey at Night, Just Go With It, Saving Sarah Cain, Phoebe in Wonderland, An Invisible Sign, Letters to God, 25 Hill, Parental Guidance, A Cinderella Story: Starstruck, A Week Away, Cowgirls ‘n Angels, Judy’s Got a Gun, A Taste of Romance, Northpole: Open for Christmas, The Night Before Halloween, Northpole, and Merry Christmas, Drake & Josh. In addition to that, her television roles include playing Maxine Russo in the Disney Channel fantasy teen sitcom Wizards of Waverly Place, Young Snow White in the ABC fantasy adventure drama series Once Upon a Time, Hillary Harrison in the ABC sitcom Trophy Wife, Grace Russell in the Hallmark Channel fantasy comedy-drama series Good Witch, and Sophia Quinn in the family drama series The Fosters.

Note – Bailee has a total of 6 siblings (including the above 3) – 4 brothers and 2 sisters. Bailee is the youngest of 7 children.

Bailee Madison has been repped by –

Bailee Madison is of Slovak, Irish, and English descent on her mother’s side. 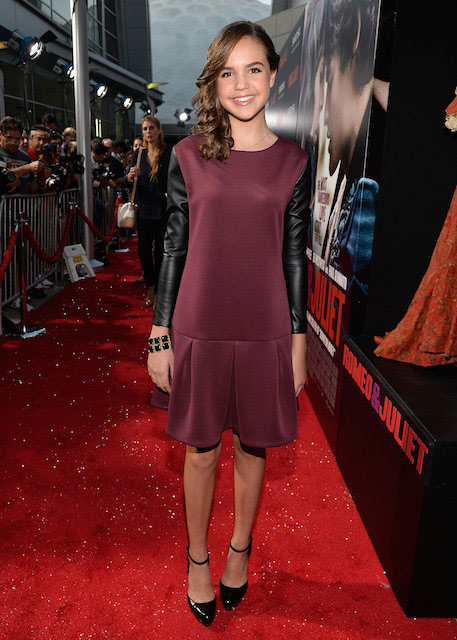 She has appeared in numerous commercials such as for Office Depot, Disney, SeaWorld, and Cadillac.

She made her film debut with the 2006 film Lonely Hearts for her role as Rainelle Downing.