Benjamin Mendy is one of the finest rampaging fullbacks. His great strength and tall stature coupled with the quick pace makes him a very difficult prospect in the attacking third. His strong physical attributes also make his defensive game formidable. He often uses his speed to bail his side out on counter-attacks, while his strength helps in keeping attacking players under check during one on one situations.

Benjamin Mendy started his soccer journey with the Palaiseau Youth Team. He later joined the academy setup of the French Club, Le Havre.

Benjamin Mendy is represented by Meïssa N’Diaye, the founder of the soccer agency, Sport Cover.

Benjamin Mendy has rarely spoken about his personal life while interacting with mainstream media and his fans on social media, because of which it is difficult to ascertain anything about his love life and dating history.

He has Senegalese ancestry.

He has given blonde and other hair colors a try.

Benjamin Mendy has signed a personal endorsement deal with the sportswear giant, Adidas. Due to the endorsement deal, he wears only Adidas footwear for his professional matches. He has also endorsed Adidas products on the social media.

In August 2011, he made his professional debut with the Ligue 2 club Le Havre in the second round match of Coupe de la Ligue against Amiens. His side lost the match by 2-1.

In July 2016, Mendy made his debut for AS Monaco against Turkish side Fenerbahçe in the first leg of the Champions League third round.

In August 2017, he made his first professional start for Manchester City in a Premier League match against Bournemouth.

In March 2017, he made his international debut for the French National Team in a 2018 FIFA World Cup qualification match against Luxembourg. His side won the away game by 3-1.

He is slightly injury prone, otherwise, he is a perfect modern fullback.

In 2018, Benjamin Mendy made his first web show appearance on the Amazon Prime’s reality series All or Nothing: Manchester City.

Apart from his regular training with Manchester City, Mendy regularly hits the gym to further improve physical side of his game. In the gym, he focuses on improving his lower body power and explosiveness.

He also works on enhancing his upper body strength, which helps in the defensive situations. Plus, he has added yoga to his workout routine to take care of his injury problems. 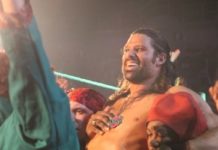 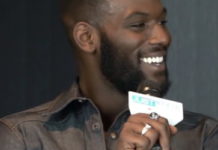