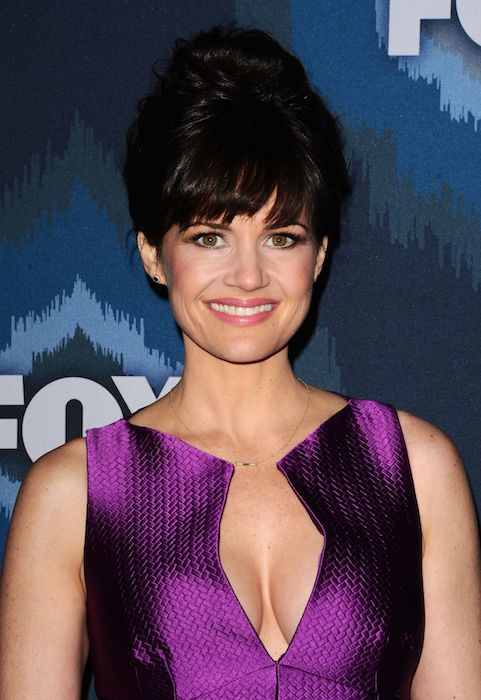 Carla completed her schooling in Paradise, California where she moved with her mother at the age of 5.

Carla Gugino has been signed with –

Her net worth has been $14 Million according to CelebrityNetWorth.com.

Carla has Italian ancestry through her father and is of English-Irish descent through her mother.

She has appeared in a television commercial for L’Oreal hair coloring (1999).

This is what Carla says about her religious beliefs –

“I am not a particularly religious person, but I do really believe strongly that we all need to believe in something and that’s very personal to each of us”.

Carla made her big-screen debut with the American adventure comedy film Troop Beverly Hills in 1989. She appeared for her role as Chica Barnfell, a stern girl who’s left alone by her jet-setting parents.

In 1988, Carla debuted her television career with the American sitcom Who’s The Boss? She appeared in the season 4 episode “Prom Night II” as Jane.

Carla Gugino is one of the few celebrities, who have fabulous flaunting curves. She counts a few of the points like exercise, eating right and adequate sleep in her fitness regime, which are accountable for her fit body. Carla also goes for yoga, hiking, and swimming. According to her, she will never suggest anyone starve or eat less. Rather, Carla believes in having healthy stuff and eating everything in moderation.