American actor and Gossip Girl star, Chace Crawford has revealed about his workout music at Gatorade’s G-Series Fit Launch Party. Whenever, he goes for exercising at the gym, he listen to Led Zeppelin. He told MTV –

“I just put on some Led Zeppelin, When the Levee Breaks”

“I like the old school rock stuff, maybe a little Lupe Fiasco. I like rock, Nirvana and ACDC”

He makes sure that he has a nice soundtracks to keep him motivated and pumped up. His awesome body physique is due to the gruelling workout routine, he goes through. The hunk told to US Weekly

“I try to do something physical or active, whether it’s running or going to the gym”

“I go about three or four days”

These songs have some sort of contribution too to his buffed body and regular fitness regimen. 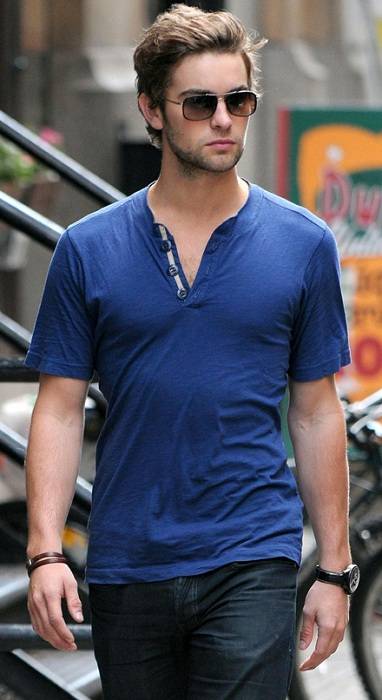 Workout is not sufficient alone to get a beautiful body. Diet is considered more important than exercising. What do you think, he would have been eating to get such a body?

Yes, Crawford is having these to get the good and handsome looks.

In 2012, he was made the ambassador of Diet Coke Australia.

Chace is best known for portraying a lead role as Nate Archibald in the CW’s teen drama TV series “Gossip Girl”. He appeared continuously for 6 seasons from 2007 until 2012.

He eats a well balanced diet and his staple food is keeping him at his best. On being asked about the reason of staying in shape, he replied with

“You know, I eat my wheaties and drink a good glass of milk. I like to eat well, run outside and look after myself.”

He was also arrested in June, 2010 for consuming marijuana in Plano, Texas. He was in a parked car while having less than 2 ounces of marijuana. Though, he insisted on the fact that he is innocent and should be leaved as he is at the wrong place and at the wrong time. Crawford was promised to relieve him from the charges if he would do 24 hours of community service and should also report to a probation officer once a month, for 1 full year.

If you are overweight, then instead of going for crash diet programme, try some natural product which increases metabolism and helps in fat oxidation. Crash diet, results in health problems as body does not get sufficient vital nutrients.