Christina El Moussa is a real estate investor turned TV personality. She was first seen on HGTV’s show Flip or Flop on the TV in 2013. She attained nationwide attention after she shot a video in 2011 for a reality show audition where she showed the house flipping process for profit. The video was liked by HGTV producers and she (along with her then-husband Tarek El Moussa) got a chance to appear on the television. She had started dealing real estate right after finishing her college.

Christina El Moussa went to the Canyon High School in her hometown of Anaheim.

Christina El Moussa has used her social media presence to plug a number of products and brands.

The brands she has already promoted include Orange City-based Pink Laundry Boutique, Pink Dust Cosmetics,LIKEtoKNOW.it, DIFF Eyewear, and numerous others.

Christina hasn’t been cast in any theatrical film till now.

Christina is very particular about her workout routine. She believes that working out helps her relieve stress in the best way possible. She loves to head out for a run. She has revealed that a three-mile run works wonders in helping clear her mind. She also loves to go for yoga classes.

Christina has also added Orangetheory classes to her workout regime. The Orangetheory is the mixture of cardio and strength training exercises done in form of interval training. The fast rhythm and intensity of the workout sessions have helped her get in the best shape of her life.

She has complemented her workout routine by following a clean diet that is basically gluten-free and dairy-free. Overall, she eats 5 small meals throughout the day. Her daily diet plan is as follows – 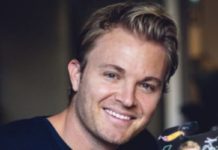 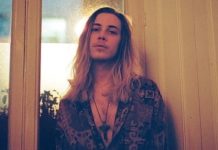