Clemence Poesy is a French actor, fashion model, writer, and director who has been cast in a variety of movies like Olgas Sommer, Harry Potter and the Goblet of Fire, Welcome to the Roses, Le Grand Meaulnes, Heartless, 127 Hours, Harry Potter and the Deathly Hallows – Part 1, Harry Potter and the Deathly Hallows – Part 2, The Capsule, Lullaby for Pi, The Silence of Joan, 7 Minutes, Mr. Morgan’s Last Love, The Great Game, Two Is a Family, The Ones Below, and Resistance. Her television roles include playing Elise Wassermann in the crime drama series The Tunnel, Françoise Gilot in the anthology period drama series Genius: Picasso, Eva Coupeau in the teen drama series Gossip Girl, Natasha Rostova in the miniseries War and Peace, and Stella Ransome in the gothic romance period drama miniseries The Essex Serpent. 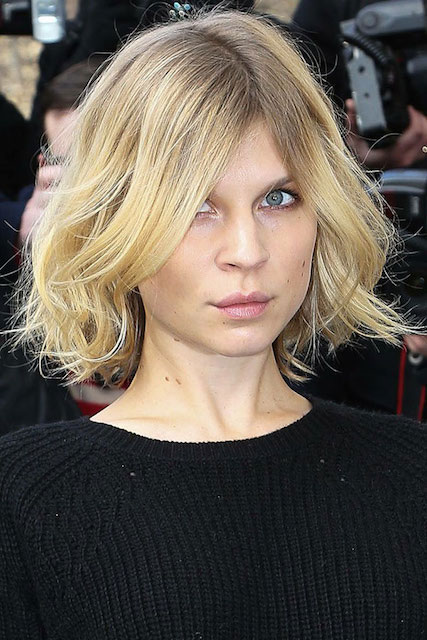 She went to a bilingual alternative school La Source in Meudon and left at the age of 16.

Clemence graduated from the University of Nanterre.

As a model, Clemence Poesy signed with IMG Models – Paris.

Her net worth has been $7 Million according to CelebrityNetWorth.com.

Clemence Poesy is of French descent.

In 2008, she appeared in The GAP stores’ Low Rise Bell print ad.

She is also known for playing Eva Coupeau in The CW’s teen drama series Gossip Girl in 2010 in just 4 episodes.

In 2001, she appeared in the short film Petite Soeur for her role as Anna.

In 1999, Clemence played the role as Hélène in 2 episodes of TV show Un homme en colère.