Corey Campbell is an American social media star, actor, rapper, and model. He is best known for his TikTok account which has amassed a fan base of more than 3 million followers and more than 22.5 million likes. Corey has also modeled for major brands such as Nike and made his acting debut in Chinonye Chukwu-directed movie AlaskaLand (2012) as David.

Corey Campbell has endorsed brands such as – 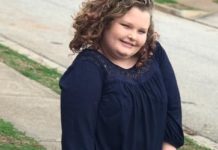