Very few actors who have been a part of the James Bond franchise have been able to portray the secret agent as a muscular guy. None actually, until Daniel Craig came along and completely changed the image of James Bond 007. His physique adds to his confidence that is why even the 21st-century generation audience has liked him. Well!! if you too want to look like Daniel and be as fit and muscular as him, then sure you have come to the right place. Just read ahead and discover Bond’s secret.

According to British actor and co-star of Craig Naomi Harris:

”I can’t say that. But I do see him with his top off, which is very nice. One of the perks of the job, he worked out for two hours every day after filming. Two hours. And we did really long days, so he’s super-super-fit. He’s a real Bond in real life – very physical, capable and energetic.” 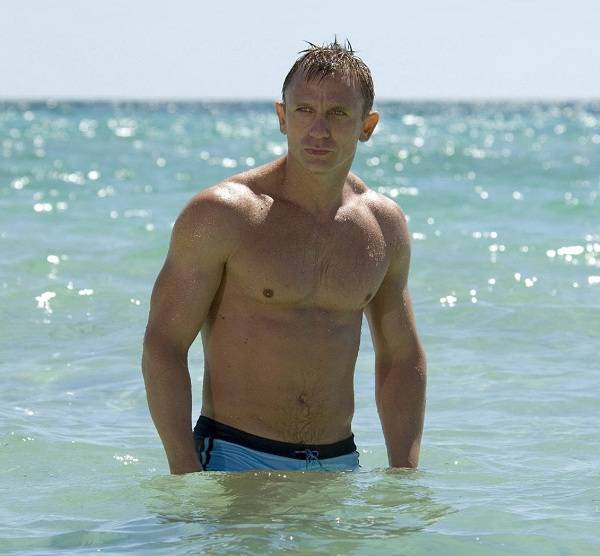 “Luckily Dan was not shirking when it came to hard work, so I devised a program that had diversity and would suit the role of Bond, pushing him to his limits and beyond”.

“I was on a high protein diet.”

Proteins are like elements of essential nature when it comes to bodybuilding. His typical day diet included protein shakes, poached eggs, baked potatoes, chicken, fish and lots of green vegetables.

So, now you know what Daniel Craig did to become so fit for the role of the 007 secret agent. What are you waiting for! Consult your doctor and get on this routine to get ripped and intimidating.