Desiree Montoya is an American YouTube star and social media personality who is known for posting her lip sync videos on TikTok and several pictures with friends and family on Instagram. She has also amassed a huge social media fan base with more than 800k followers on Instagram, more than 180k subscribers on her YouTube channel which is named “Desiree’s Journey”, and more than 15k followers on Twitter. She joined YouTube on June 26, 2018, and uploaded her first video, titled Grwm first day of 8th grade & mini vlog!!, on August 29, 2018. Also, Desiree Montoya had accumulated a huge fan following on TikTok with more than 500,000 fans on her account named dxddy._.desi on which she has uploaded a number of her lip sync videos. She loves interacting with her supporters whenever she can spare some time and refers to them as “Desinators”. Desiree Montoya also enjoys doing her makeup and following social media accounts that are dedicated to makeup.

The information related to Desiree Montoya’s educational qualifications is not known.

Desiree Montoya is represented by Morgan from Carman Hall.

Desiree Montoya has served as an ambassador for the popular fashion brand, FashionNova. 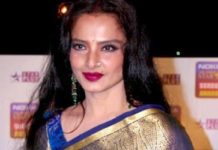