Eve Plumb is an American actress, voiceover artist, stage artist, singer, producer, and painter who is best known for her role as Jan Brady in the sitcom titled The Brady Bunch. Apart from that, she has also been cast in a number of other shows and movies like The Brady Brides, Fudge, Blue Ruin, The Night the Bridge Fell Down, Days of Our Lives, and All My Children.

She has done endorsement work for several brands such as Burger Chef. 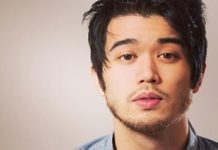