Felipe is represented by Jean Todt.

Felipe’s name has been linked with –

He has a clearly visible scar on his forehead. 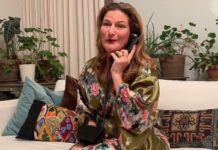