Gabrielle Reece Workout Secrets: How She remains in Great Shape? 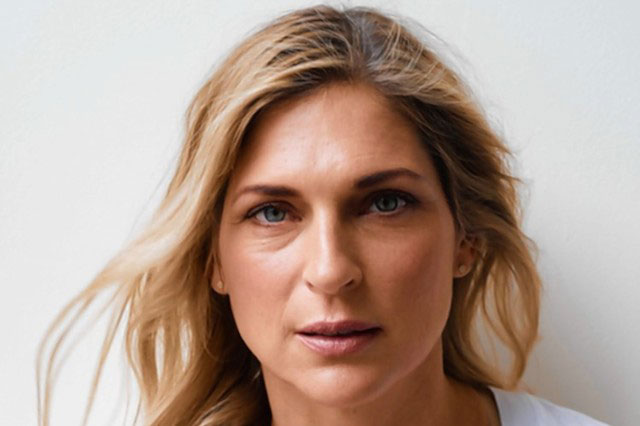 Gabrielle Allyse Reece is a former American professional volleyball player (she hasn’t played since 2010), sports announcer, fashion model, actress, website manager and a fitness trainer. She is married to Laird Hamilton, a great surfer and is a mother of 3 kids. Needless to say, she has a great body and even being the mother of 3 kids seems to be no big problem with her fitness. She still looks stunning and believes in staying fit by putting in a lot of efforts.

Are you wondering that how does she manages to put in a lot of effort while playing different roles in her personal and professional life? Well, read on and you’ll get to know yourself. In a recent interview given to Shape Magazine, Gabby has spilled beans on her most useful fitness rules that are worth implementing.

Be a Morning Person

The successful volleyball player believes in starting her day early and getting done with the hard core exercises in the morning only. She admits that if she is not able to manage it in the morning, the chances are she won’t be getting time in the later part of the day to carry it out, as she has to spend a lot of time with her kids. Also, whenever Gabby gets some time, she does simple stretching exercises in the afternoons to keep her body supple.

Reece likes to undergo rigorous training on a daily basis. By her own admission, she works out for at least one and half hours especially on Mondays, Wednesdays, and Fridays. Her workout routine usually involves doing HIGHX routine three days a week and strength training. She is trained in water polo and brings the dumbbells in her pool for low-impact, and high-intensity training.

The sexy diva also admits to doing resistance exercises, which includes 3 rounds of 10-12 exercises. Her preferred equipment’s are cable machines and dumbbells (as mentioned before). Push ups, jumping, clean and jerks are also essential for her. When mood strikes, she opts for outdoor training that usually consists of Pilates and hiking.

The hot sports personality believes that eating peanut butter and banana before beginning a workout is a great choice. It will keep the energy levels up and help you get the most from your workout. After she is done with the workout, she prefers to consume a special smoothie with greens, maca, bee pollen, whey protein powder, unsweetened almond milk together with frozen fruit.

Workout with a Pal

The stunning celebrity believes that working out with a pal or your partner is the best approach. The partner can be a good source of motivation and inspiration. She also confessed that whenever she works out with a partner or one of her pals, it helps her to strengthen her bond with them, and it also turns out to be a positive way to spend time together.

Hitting the gym is not the only way to be fit

The former athlete believes that hitting the gym is not the only way to remain fit. She has acknowledged that there are days, when she doesn’t want to hit the gym. So, she takes a walk instead. Walking or running in fresh air helps her to get rid of stress and keeps her body toned.

Working out after leaving Volleyball

Reece has admitted the fact that when she was playing the sport, working out was a part of her daily routine. She was doing it because she had to, in order to remain fit. But, now, she has not quit it after leaving volleyball. On the contrary, it’s become more of a habit over the years. She admits that she feels great when she works out so it’s become a part of her daily life. The great looking sports star has also admitted that she is not too emotionally attached with her exercises as it’s a part of who she is.

For the famous volleyball player, working out is the main thing. Sometimes, she works out for just 30 minutes, but sometimes she likes to workout for one and a half hours. It really comes down to doing the critical exercises and stretching your limits. Her belief is that if a person trains every day, it gets to be an unavoidable part of their life, rather than just a chore that needs to be completed. Such people don’t make excuses like time constraints and are usually the healthiest.

The smoking hot star believes in testing her limits in the gym. She even cited an example. She said that jumping is usually against her nature but she usually tries different forms of jumping like jumping into a squat, switch lunge jumping, or up and downs so that she doesn’t feel that she is missing out on a healthy exercise. She also admits to take fewer and short breaks so that she can get the maximum out of her exercises.