Gheorghe Mureșan is a Romanian retired professional basketball player, actor, and author who is known for his extreme height, the result of a pituitary gland disorder, and his basketball career with the likes of Washington Wizards, New Jersey Nets, and Maryland Nighthawks. He was drafted by the Washington Bullets in the 2nd round (30th pick overall) of the 1993 NBA draft and played in the NBA until 2000. Gheorghe Mureșan has also tried his hand in acting and has appeared in movies such as My Giant and Adventures of Serial Buddies. Moreover, he has also branched out as a writer and has co-authored books such as The Boy’s Fitness Guide and The Girl’s Fitness Guide.

Gheorghe Mureșan studied at Babeș-Bolyai University which is a public university located in Cluj-Napoca, Romania. He also played competitive basketball at Cluj University.

Gheorghe Mureșan has been a part of TV commercials for a couple of brands such as ESPN and Snickers.

Gheorghe Mureșan made his first theatrical film appearance by playing one of the lead characters, i.e. Maximus “Max” Sanferescu, in the comedy-drama film, My Giant, in 1998. He starred alongside Billy Crystal, Kathleen Quinlan, and Joanna Pacuła.

Gheorghe Mureșan made his first TV show appearance as Himself in an episode of the famous comedy music talk-show series, Late Show with David Letterman, in March 1998. 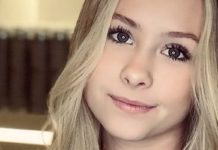