Halston Sage is an American actress who is best known for portraying roles such as Lacey in Paper Towns, Grace in How to Rock, Lt. Alara Kitan in The Orville, Amber in Crisis, and Ainsley Whitly in Prodigal Son. She has also appeared in a variety of other TV shows and films such as Grown Ups 2, The Bling Ring, Poker Night, Neighbors, Goosebumps, Before I Fall, Dark Phoenix, Victorious, Figure It Out, Magnum P.I., and many more. Halston has been featured in the music videos of songs like Beggin’ on Your Knees and Loving You Easy.

She is represented by CAA and ROAR.

She is of Ashkenazi Jewish heritage. 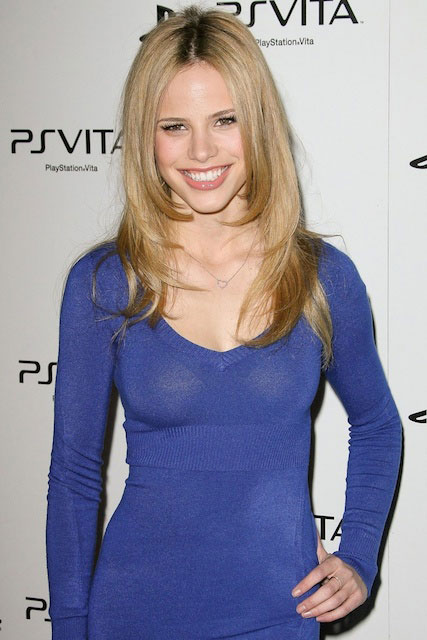 In 2012, she played the role as Jenna in the short film Joan’s Day Out.

In 2011, Halston played the role as Sadie on Nickelodeon’s sitcom Victorious in the very first episode of season 2 titled “Beggin’ on Your Knees“.