Youthful charm, green eyes, Helen Flanagan is an English model and actress. The sensational star gained much popularity from the character portrayal of Rosie Webster in the TV soap opera, Coronation Street, which continued for thirteen years i.e. 2000 to 2012. Credited with incredible curves, Helen indeed is Goddess of hot and sexy figure. The spellbound beauty was nominated as the most attractive British candidate in 2013 “FHM 100 Sexiest Women in the World” poll.

The sultry star began her weight loss journey through healthy means by the end of 2013 and has been able to attain slim and curvy size eight figure. Flattered with the boost in confidence brought into her by her curvaceous and feminine figure, Helen aspires to reach size six. And not to mention, if she affords to maintain the same pace in meeting her objective, which she has been able to so far, we soon can expect to glance her in her anticipated size. The stunner seems to be so overwhelmed with her tiny waist that she cannot help posting her images in skinny and figure revealing outfits on Instagram.

The British beauty shares that prior to her present body weight also, she used to be slim but the approaches she adopted to stay immune from fat were highly unwholesome. She was overly concerned about her weight in her younger days and due to dearth of nutrition knowledge, she succumbed to fad or crash diet program numerous times in her life. However, the contentment, which she has obtained by adhering to right avenues of shedding pounds, are really commendable as well as alluring.

Without being ruthless to her body, she feeds balanced and wholesome diet to her body. She inculcates myriad nutrient dense foods such as fish, lean chicken, green veggies, hummus, sweet potatoes etc. in her diet. However, she admits that one needs to allow oneself at least one-day break so as to remain loyal to wholesome foods. She eats her favored foods such as Nando’s hummus, Mediterranean chicken, halloumi cheese, lime salad, ginger muffins etc. once in a week to keep check on her cravings. She also relishes her most adored foods such as wine and chocolate at times.

Helen Flanagan is all set to astound us with her enviable and svelte figure in the coming days. Past the fulfillment of size six figure, she aims to come up with her own fitness DVDs and diet books before the end of 2014. Since carving your body from right areas is more challenging than to just scorch pounds, Helen has been putting her heart and soul in exercises. While being monitored by her personal trainer, she practices strenuous workouts for one hour daily and five days in a week. She practices varied targeted exercises to sculpt and tone her body parts. 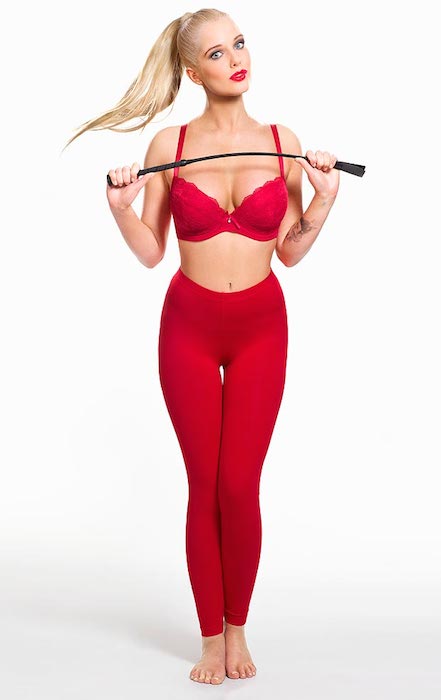 Among recreational activities, she loves spending long hours in doing swimming. The workout not only relaxes her mind, but also provides great workout to her body. Besides that, running is also her favorite activity for which she is always ready. She contends, her inability to sit idle for long probably is the biggest element responsible for her sleek body.

Here comes one healthy tip for all the fans of Helen Flanagan who strive to attain figure like her. Like Helen, you too might not be vigilant of the nutrient density of foods and might be dwelling on junk and processed foods in enormous amount. Many women don’t proceed forward considering it too late to embark on healthy eating regime. But you need to comprehend the fact that it’s never too late.

As soon as you develop right eating acumen, steadily begin incorporating nutrient loaded foods in your diet regime. The excellent impacts provided by nutritious foods leave no room for dissatisfaction. Healthy eating habits will not only make you look fab but will also ensure optimum well-being for you. And when you will see yourself getting fit in glam and sexy outfits, you too won’t feel like valuing your taste more than your health. For bringing a change in your schedule, you can begin with swapping your breakfast with healthier food items such as oatmeal, egg whites, hemp seeds etc.