Jack Black is an American actor, voice actor, comedian, musician, record producer,  YouTuber, writer, singer, and songwriter. He is known for playing Dewey Finn in the comedy film School of Rock, Barry in the romantic comedy-drama film High Fidelity, Carl Denham in the epic adventure monster film King Kong, Ignacio/Nacho in the sports comedy-drama film Nacho Libre, Bernie Tiede in the biographical black comedy crime film Bernie, Professor Sheldon “Shelly” Oberon in the fantasy adventure comedy film Jumanji: Welcome to the Jungle, Lemuel Gulliver in the fantasy adventure comedy film Gulliver’s Travels, Hal Larson in the comedy film Shallow Hal, Nick Vanderpark in the dark comedy film Envy, Jonathan Barnavelt in the fantasy comedy film The House with a Clock in Its Walls, Po (voice) in the animated Kung Fu Panda films, and Lance Brumder in the comedy film Orange County. Alongside Kyle Gass, he has also been one-half of the comedy rock duo Tenacious D, which has released albums like The Pick of Destiny, Tenacious D, Post-Apocalypto, and Rize of the Fenix.

Subsequently, he went to Crossroads School in Santa Monica where he did really well in drama.

Finally, he was enrolled in UCLA but dropped out in his sophomore year to focus on his acting career.

As a part of the band Tenacious D, he has been signed with Like Management.

Jack has also been signed with –

Being a part of the band Tenacious D, he is signed with Epic / SME, Columbia / SME, Helicon Records.

His net worth had been $50 Million according to CelebrityNetWorth.com.

Jack Black is of German, Northern Irish, Scottish, English, French, and Welsh descent on his father’s side and has Ashkenazi Jewish roots on his maternal side.

He has appeared in numerous commercials. The first one was in 1982 in Activision game Pitfall!

In October 2015, he was seen with George Clooney in a Nespresso commercial.

He follows his mom’s religion, Judaism. Though, his dad also converted to Judaism.

Though, before welcoming his children in 2006 and 2008, he used to describe himself as an atheist.

Playing Barry in the 2000 comedy-drama film High Fidelity, as Dewey Finn in the 2003 musical comedy film School of Rock, as Nacho in the 2006 comedy film Nacho Libre, and for voicing the role of Po in the Kung Fu Panda film series.

As a part of the band Tenacious D, he released his debut album entitled Tenacious D on September 25, 2001, via Epic Records.

The album which consists of 21 songs in the standard version of the album was just over 50 minutes long and received positive reviews (about 4.5 stars of out 5 by Allmusic).

In 1991, he appeared in a family drama film titled Our Shining Moment for his role as a teenage boy. It was a TV film.

His first feature film was the 1992 satirical mockumentary film Bob Roberts for his role as Roger Davis.

In 1993, Jack played the role as a taxi driver in the CBS sitcom The Golden Palace in an episode entitled “Seems Like Old Times: Part 2.”

In 2011, he was pictured coming out of the Equinox gym in West Hollywood where he was holding a shake/smoothie (looked like a protein shake).

Later, in September 2015, it was revealed via Atlanta Journal Constitution that he walks everywhere which is his best workout. 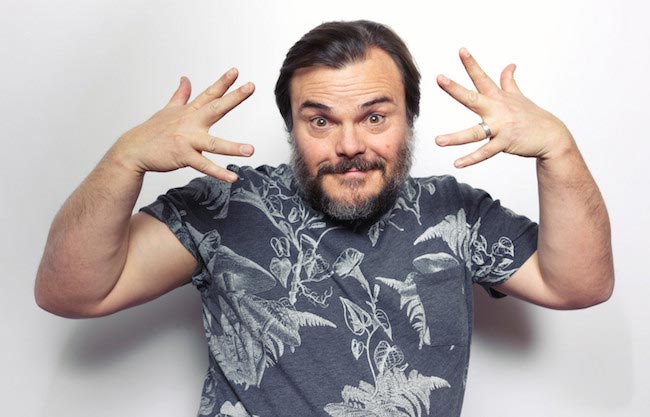