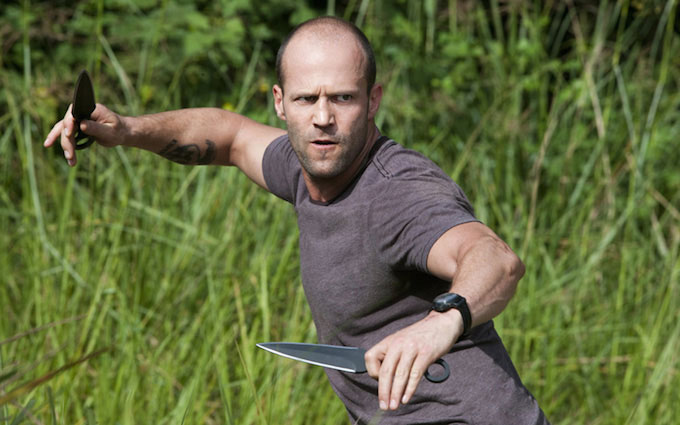 Bald head, tough look, kick-ass abs, Jason Statham is an English actor, producer, former diver and martial artist. Popular for his action and warrior roles, Jason has earned great popularity from bountiful successful movies such as Lock, Stock, and Two Smoking Barrels, The Italian Job, The Transporter, The Expendables, and countless others. The action star is all set to appear with his ripped body in his upcoming The Expendables 3 in 2014 and Fast & Furious 7 in 2015.

Equipped with iconic Hollywood physique, Jason has been dating famous model Rosie Huntington Whiteley since 2010. The prodigious man being inclined to martial art and adventurous activities likes performing his own stunts and action scenes in the movies. Let’s have a look at the workout routine and diet plan of Jason.

Jason being very respectful to the spectacular physique, he has got in treasure, leaves no stone unturned to upkeep it in superb shape. Without fail, the smashing actor hits gym six times in a week and executes intense workouts to rip his body. All the six days of his workout regime push him to new and challenging levels of workouts. He gives total rest to his body for one day by keeping it free from exercises or any other physical activity.

Due to his flab free athletic body, he discreetly performs his workouts while keeping his body from bulging. His inclination being to the enhancement of lean muscles has him lift lighter weights in circuit training exercises. The audacious stunts performed by the daring actor, requiring one to possess immense strength and speed have him perform myriad tough workouts. 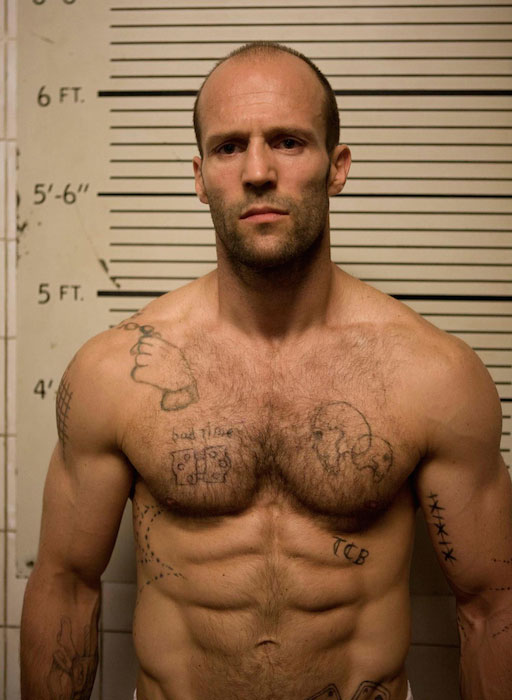 Jason is one of the fitness freaks who is prepared to pay any toll for being in killer physique. The actor abides by very wholesome diet regime and refrains from all the food items and beverages which might make his body grow sick. Sugary food items, alcoholic beverages, processed foods etc. are out of the wish list of Jason. He mostly embraces healthy food items and the flattering results revealed by his body encourage him to continue abiding by them. To keep his cravings at bay, he cherishes his loved foods in moderation once in a week.

Since high carb foods or foods having high GI cause spike in blood sugar level and numerous other inflammatory problems, he steers clear from them and prefers consuming low carb foods in his diet. Besides that, his calorie consumption in a day doesn’t go beyond 2000 calories. To stay immune from hunger pangs, he consumes six meals in a day. It probably is the influence of his sensible diet that despite crossing the age group forty-five, he has been able to defy fats and wrinkles. At times, when he aspires to scorch tremendous calories from his body, he banks on low calorie foods such as spinach, brown rice etc. and the foods don’t fail to render him leaner body.

Have you ever thought of breathing in terms of its impact on your workouts? You might not know the fact, but when you keep holding your breath while doing workouts; you are likely to exhaust yourself earlier. The correct way of doing workouts is with regular breathing. That being said, there is no standard technique, which can universally be applied to all the workouts.

Your breathing pattern while doing strength training should be inhale when not much strength and power is required, and exhale when you are to perform vigorous activity. However, cardio workouts follow different pattern of breathing. Cardio workouts seek you to maintain your inhale and exhale pattern in the ratio of 3:2, which means, your inhale activity should consume three seconds while your exhale activity should last for two seconds. Although, you might find it hard to align both the physical activity and breathing at the same time, but some quality time spent on practicing the trait will make you proficient and will elevate the efficiency of your workouts.

In case of stretching, inhale while doing stretching, and exhale while resuming your normal stance. Since stretching is all about relieving your muscles, adequate breathing will cut your chances of getting painful muscles. Plyometric is also very frequent workout. Make sure that you inhale while picking up motion for the exercise. For instance, when you execute jump box, inhale deeply while going towards the ground and exhale when your body is free in the air.