The only Puerto Rican Victoria’s Secret Angel, Joan Smalls started modeling for VS in 2010. In 2011 and 2012, she appeared in their fashion shows. Though she entered the modeling industry in 2008. This 5 ft 10.5 inch tall model has been the face of many magazines and has launched campaigns for Calvin Klein Jeans, Chanel, Cop-Copine, David Yurman, Dillard’s, Estée Lauder, Macy’s, Givenchy, Gucci, Lacoste, Liz Claiborne, Neiman Marcus, Ports 1961, Rag & Bone, Ralph Lauren, Roberto Cavalli, Stella McCartney and still counting. Her career had remained skyrocketing since 2011 but still she is down to earth. Joan has been the #1 model since September 2012 according to models.com. So how this model manages to stay in amazing shape. Let us see.

Mark Gordon is the personal trainer to tall Smalls. Mark has worked with other top models also like Lindsay Ellingson. Smalls met him 4 years back. He always makes the workout routine, tailored according to her current needs. She gives full stress on her body physique as body is a part of her business and taking proper care of that is not only her duty (if she wants to exist in modeling industry) but part of her lifestyle.

As, she is suffering from scoliosis, which is the abnormal curving of the spinal cord, she needs to do regular exercises. She says that she does 1 hour of daily exercises. Joan needs to strengthen her back and relatively do many exercises for the same. She starts with cardio like jogging, running, etc. followed by strength training with her own body weight and interval training. Abs and Buns are always the target of her exercises. She keeps a check that she burns 500 calories everyday. 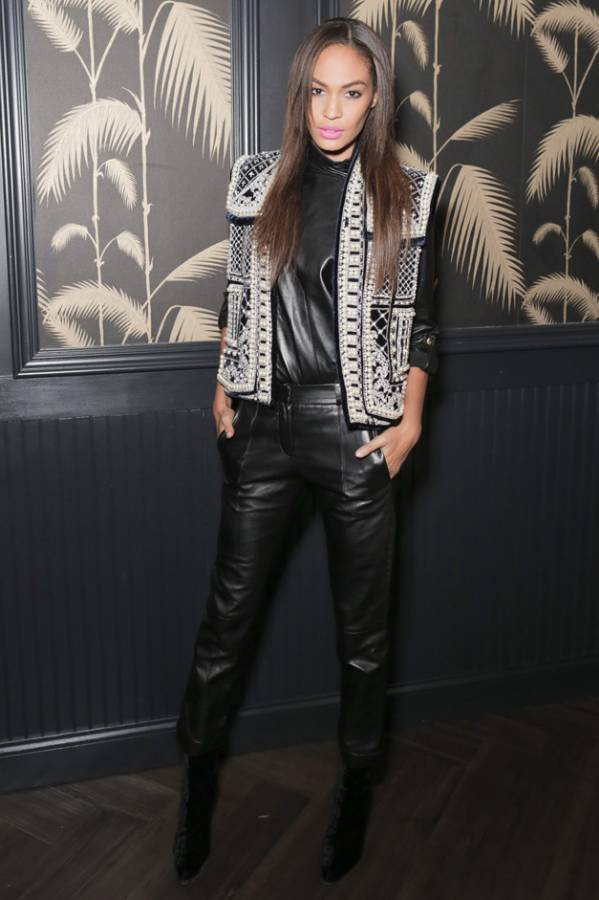 She has always been lean. She played volleyball and ran on the tracks as a child and did drawing as a part of her hobby.

If there is a photoshoot or any fashion show in the near future, she does not forget to hit the gym everyday for an hour. Her main focus is on those exercises which provide flexibility and toned legs. You must have seen Victoria’s Secret models in fashion shows, their fit body and toned legs (However, men do see something else in VS fashion models ;)).

Smalls has been a busy model. In 2012 year, so far, she has done 38 runway shows, 13 Spring / Summer shows, ans many magazine covers. Being so much engaged in her work, she still finds time to eat and care about her health. She told about her yesterday morning eating plan. That included scrambled eggs, bacon, and a croissant. Chicken and garlic (Mofongo with pollo al ajillo) have been her favorite Puerto Rican food.But, she has said that she does not diet but do pay attention to her fitness in the form of exercises.

Her T-zone of the face is somewhat oily and other surfaces are normal. Before applying lipstick, she makes her lips smoother by applying lip balm. Her face wash includes salicylic acid (It is prescribed by dermatologists to oily skinned acne prone girls). After washing her face, she then applies moisturizer.