Popular for his role in True Blood, Joe Manganiello is the holder of incredibly ripped and muscular body. His physique, which is so much desirable among guys has a tremendous female fan following, who are dying to glare his shirtless body. The handsome hunk’s muscular yet lean body has merely seven to eight percent fat, which truly is very daunting to maintain. However, it’s not that he is equipped with some super great genes which bestowed him such a great physique. In fact, prior to embarking on grueling workouts and diet routine, the hot star had eighteen percent fats. He shed myriad pounds to make him look enviable and camera ready. We tried to know the workout and diet secrets of the dashing celeb, which keep him in such a grand shape. 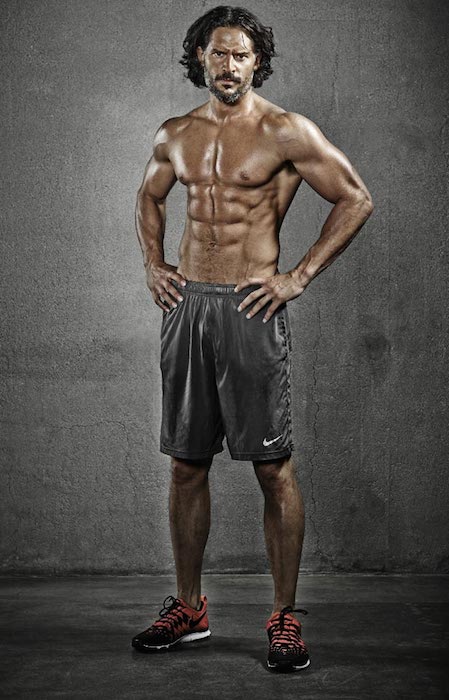 Joe probably is able to balance both intense workouts and profession due to his early morning schedule. After being awake early in the morning, the first thing he does is hit the gym at 7 am. Without a fail, he devotes six days to workouts and exercises twice in a day. He allows him to have complete rest both from work and workouts on Sundays. His morning exercises include box jumps, over-head push presses, Olympic style weightlifting, lunges. He practices the second lot of workouts at home all by himself. 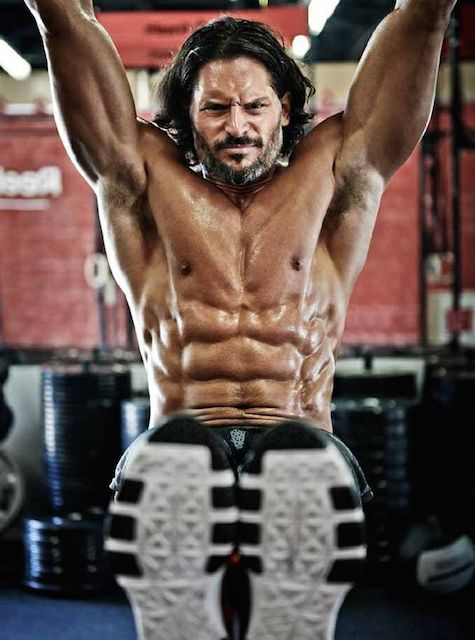 Dwelling on clean and organic foods since his childhood, Joe didn’t find it challenging to weed out calorie dense sugar, processed foods, junk foods etc. from his diet. The big 6 ft 5 in guy consumes 2500 calories in a day to provide adequate nourishment to his body. And about the number of meals, instead of adhering to strict five to six small meals principle, he rather acts according to his appetite. He feeds his body protein-rich and low carb foods whenever he feels hungry.

Since his workouts are actually grueling, he doesn’t make his body devoid of energy containing carbs. Almonds, sulfur-free mangoes, etc. are his most reliable snacks. His toned physique has no room for steroids and supplements. He swears by strict diet for six days and relishes his beloved foods such as umami burger, Roscoe’s House of Chicken ‘n Waffles etc. on cheat day.

The guy with immense s*x appeal has written a fitness book namely Evolution. The book has endeavored to wash out the mental blockage which most guys have prior to embarking on workouts. They think, they are sluggish, or they are not strong enough to do hefty workouts. However, these all are nothing but self-defined barriers which pull you back. Joe himself had seldom executed any exercise. He, in fact, failed to clear one simple push-up exercise test in his school days, but now he can comfortably do varied strenuous workouts, not because he is a superhuman, but because he has overcome the mental blockage. 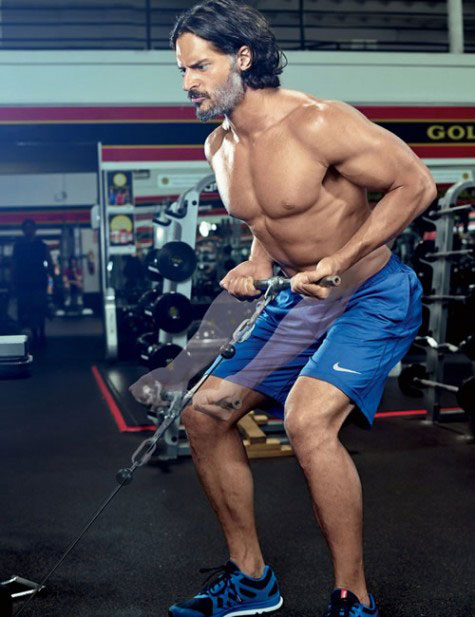 Under the guidance of fitness instructor, Ron Mathews, Joe executes diverse grueling workouts. His workouts are allocated on the basis of his body parts and he keeps varying them on regular basis.

Arm Workouts – Arms being participating in all the workouts require special attention. To make sure that his arms don’t bulk up with myriad intense workouts done by him, he executes multiple exercises such as arm curls (both incline and decline curls). You are very likely to get bulging muscles if you overlook the end muscles of your body parts. Joe didn’t do the mistake and the rewarding outcome is apparent to us.

Chest Workouts – Joe relied on drop sets and supersets to rip his chest. His chest exercises also rendered great workout to the adjoining muscles such as stomach, shoulder etc. which saved plenty of his time.

Shoulder Workouts – Joe used drop sets to sculpt his shoulder. The most peculiar thing about his workout was he began with hefty weight and gradually turned to lighter weights to provide macho V shape to his body.

Abdomen – The heartthrob actor inevitably has carved physique, but he too had challenging abdomen fat to beat. To render shape and definition to his abs, he executed hanging leg raises, twisting movements etc., which scorched numerous calories from his stomach.