John Legend is an American singer, songwriter, record producer, actor, film producer, theatre director, and philanthropist who has gained acclaim by releasing various songs and albums including Get Lifted, Evolver, Darkness and Light, Love in the Future, Ordinary People, All of Me, You& I, and Love Me Now. He has won several awards including Emmy, Grammy, Oscar, and Tony (EGOT) hence becoming the first black man to have won all four of them.

He attended North High School. After graduation, he attended the University of Pennsylvania.

He studied English with an emphasis on African American literature at university.

He is of African-American (including likely Fula Guinea-Bissauan, Mende Sierra Leonean) and European (English/Scottish/Welsh/Cornish] descent.

He is also known for writing and performing numerous hit songs including Ordinary People, All of Me, You & I, Made to Love, and Tonight

Released by Kanye West’s label, GOOD Music, the album consisted of 14 audio tracks and its total length was 52 minutes and 28 seconds. This album got John two awards, one for Best New Artist and another for Best Male R&B Vocal Performance for his single Ordinary People.

John first appeared in the movie Loverboy in 2005. The movie was about one neglected daughter who later becomes a possessive mother.

In the movie, John played as a Memphis Parking Lot Donor.

Back in 2000, John became a part of the acting cast in the TV series Curb Your Enthusiasm, where he played the role of John Legend (himself). 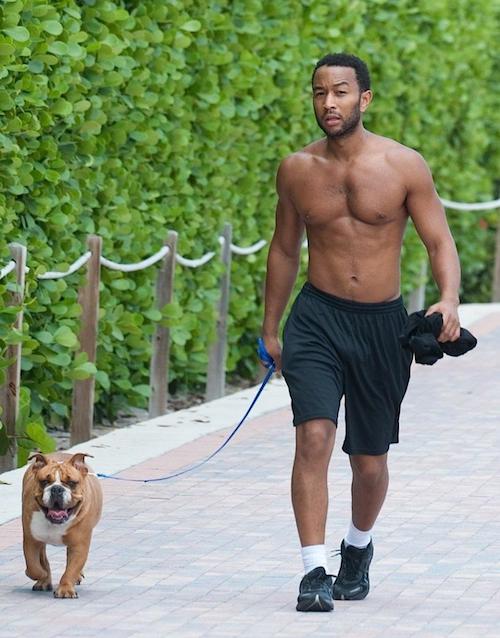 In one interview, Legend said that he does different approaches to training for his body.

“For my cardio sessions, I usually mix boxing, running or jumping rope, as for my strength part and muscle building, I mostly lift weights. I’m on a low – carb diet, which keeps me low on body fat most of the time. I eat lots of veggies and fruit, and large amounts of meat, which is a great source of protein.”