6 ft 1 in, strong and muscular, Kellan Lutz is an American model and actor. Owning to his upbringing, Kellan doesn’t belong to a very well to do family. In-fact he comes from a family wherein he was one of the eight children who were brought up by a divorced mother in extreme destitution. His mother could not afford to bring home much food which could feed all the children well, so they used to be hungry most of the time.

Kellan earned great name and fame among teens with his vampire role in Twilight Series. Afterwards, Kellan appeared in very commendable roles in the movies “The Immortals” and “The Legend of Hercules”. Both the movies being based on Greek mythology required the stud to play powerful roles which obviously demanded him to have awesome ripped physique. And with his look and performance in the movies, no one can ever doubt about the vigorous workouts and balanced diet the actor followed to look influential. 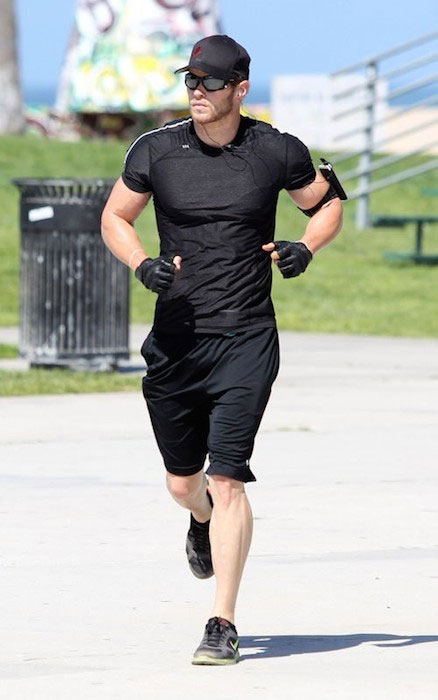 Since, playing the role of God requires one to have huge inner strength and energy, Kellan turned to workouts. Not to mention, the handsome actor tried his butt off to do justice to the audacious roles he was to play. The actor is in the habit of getting up early at 6.30 am in the morning. After being awake, first exercise he does is he goes out for running. Apart from that, he practices lunges, crunches, pull-ups, weight lifting exercises, plyometric exercises, swimming, hiking etc. to mold his body.

Being confronted with the challenge of augmenting his muscle mass, the spectacular actor lifted hefty weights to grow his cut body. Rather than doing restrained gym exercises, the actor prefers doing outdoor activities. Being a football player from his school days, the actor adores playing it very often. Apart from getting him sculpted physique, the sport also refreshes his mind. Besides that, not being scared to push him hard to get out of his comfort zone, Kellan has massive affection for adventurous activities and games such as sky diving, bungee jumping, snow skiing, tennis, badminton, driving fast cars, martial training, weapon training etc. Apart from enhancing the rush of adrenaline flow in him, his inclination to all these activities also aids him in enhancing his agility.

Under the supervision of his personal trainer, Rich McDonald, Kellan begins his workouts with five minutes of warm up session, followed by workouts targeted to develop his core. His personal trainer orchestrated exclusive workouts such as body training exercises, weight training exercises, explosive exercises etc. for him. The sole objective of these workouts was to impart fitness to his entire body rather than just focusing on any particular body part. His kick ass abs inevitably testifies the wonderfully designed exercises Kellan executes on daily basis. 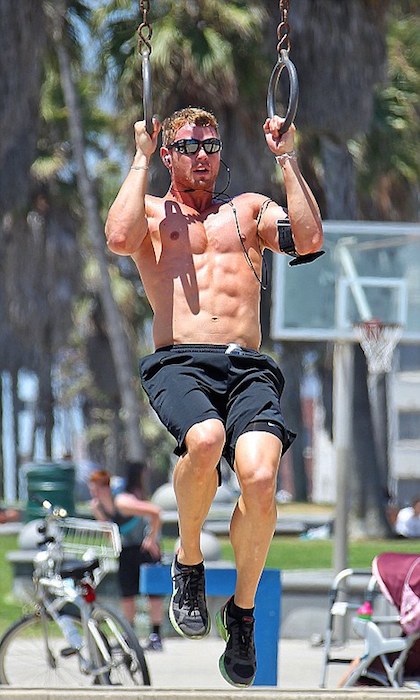 To align his intense workouts with diet, the macho actor embraced Paleo Diet plan, which is one of the low carb diet plans. The diet plan kept him from all kinds of sugary foods, foods having high glycemic index, dairy products. Complex carbs such as fruits, veggies, and protein foods such as meat, poultry, fish etc. are welcomed foods under the diet program. Kellan eats five to seven small meals in a day. His frequent consumption of meals indeed keeps check on hunger pangs which further keep him from binge eating.

Kellan gears up his metabolism by eating one hard-boiled egg prior to going to bed. Doing so renders brace to his metabolism and aids his body in extending the number of lean muscles. His workout regime being strenuous has him eat six hard boiled eggs in breakfast. He seldom lets go his breakfast, for the first meal of the day sets him to meet all the activities for rest of the day.

You being one of the fans of Kellan Lutz might seek to acquire six pack abs and carved physique like him. Well, by following his footprints you too can have toned body like your favorite actor.The most appreciable thing about his workouts which is worth abiding by is he doesn’t stay confined to his workouts in gym. He is not obsessed with the thoughts that couple of hours spent in gym can get you your desired physique. He rather believes in living an agile schedule even outside gym.

Should you also vow to live dynamic life which is not actually handicapped by modern technology, you too can get seemingly proud physique. Prefer doing activities while using your legs and arms. Your idle body parts tend to have restrained blood circulation but when you keep them in motion; it is just like providing them blood supply. Time spent in gym indeed can have you rewarding results, but more than that will be brought to you by physically active lifestyle.