Reality TV star, Kendra Wilkinson has one of most athletic and hourglass figures among Hollywood celebs. Genetically slim, Kendra being very prudent about her treasure figure wishes to uphold her feminine curvaceous figure forever. Although the blonde bombshell grew forty pounds overweight after welcoming her first child, son Hank Baskett IV in 2009, but with her arduous diet and workouts, she finally retrieved her pre-baby toned figure. Here are some of the diet and exercise secrets of Kendra Wilkinson which always maintain her in pristine shape.

Rather than weeding out bountiful foods from her diet, Kendra banks on abiding by portion controlled diet. She eats everything she adores but makes sure that their portion size is small. Kendra uses small plates to have her meals. Small plates manipulate your mind and have you believe that you are having full meals. She has renounced the consumption of greasy red meat. Here is one sample of her typical day diet regime.

Snacks – Being in love with nuts, she includes plenty of nuts such as pistachios, almonds, dried cranberries, raisins etc. in her snacks.

Reserve Some Time for Yourself

Motherhood indeed is the most precious gift given to women by God. And most new mothers centers their entire world to the little bundle of joy. Kendra too did the same mistake past the birth of her son in 2009. In addition to that, since media cameras always have their eyes fixed on famed celebs, they cannot afford to be overweight for long. Resultantly, she grew victim of depression. Women’s life undeniably doesn’t remain the same after becoming mothers, but they shall save some time for them also. Being fit is not only your requirement, it’s the requirement of your baby too because unless you are hale, you cannot take good care of your baby. 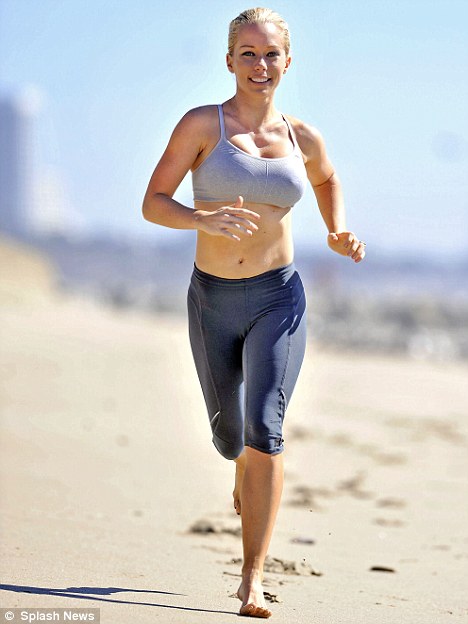 Kendra being self-motivated executes workouts first thing in the morning. She actually relishes the exercises and feels immensely invigorated after having sweaty and grueling sessions of workouts. Research too supports the fact that self-inspired people are likely to reap better benefits from exercises. To witness the influence of workouts, a test was done on two groups of people. While people in group one were motivated to do walking, considering it superb fun and adventurous activity, group two was told that walking is an excellent exercise which will melt away copious pounds from your body.

At the end of walking session, people of group one looked blissful, rejuvenated, and healthy. Contrarily, group two people looked exhausted and not very happy. Moreover, the people of group two who did walking while having the burden of exercise over their mind consumed calories double to that of group one. Despite doing the same activity, variation in results was due to divergence in their perspectives. So, if you are not inspired enough to execute workouts, don’t do them because in that case you are unlikely to obtain their rewarding outcomes.

The sporty babe executes workouts four times in a week under the guidance of famous celeb trainer, Nicky Holender. She engages her in varied exhilarating sports such as tennis, basketball, boxing, hiking, soccer, snowboarding, dancing etc. And among gym workouts, she practices circuit training, cardio, and strength training. Her exercises with stability ball, kettlebell, and Swiss ball renders definition to her legs, arms, and abs. She mostly devotes forty minutes to strength training.

Like Kendra, you too can make strength training an integral part of your workouts. Purchase some basic inexpensive equipment such as dumbbells, stability ball, bosu ball etc. These equipments will assist you in getting full body workout and thus without hitting gym, you shall be able to acquire statuesque figure. 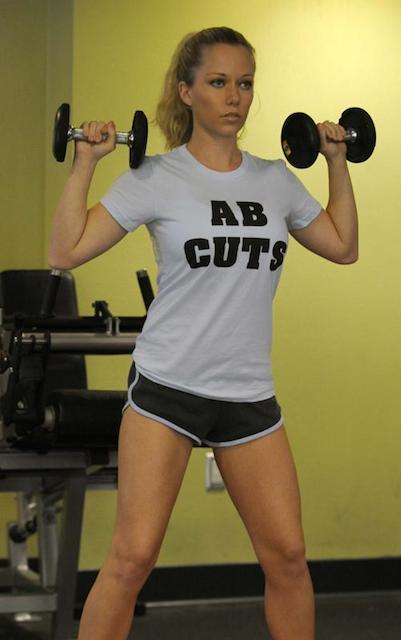 Kendra gave birth to her second child, daughter Alijah Mary Baskett, in June 2014. Having gotten valuable lessons from her first pregnancy, she discreetly ate nutrient dense and wholesome foods in her second pregnancy. Aside from that, unlike her first pregnancy, instead of getting cravings for fatty and unhealthy foods, Kendra had vegan cravings, which had her splurge on nutrient packed salad, citrus blend etc. Vegan diet being low in calories and immune from toxic chemicals aid you in keeping up slender body.

Most women who embrace weight loss program with exercises weigh themselves very often. Some of them don’t step away from weighing them on daily basis. Exercise strip off pounds from your body and magnify the number of lean muscles. However, muscles being heavy in weight might show you raised weight on weighing machine, thus it turns out to be a wrong parameter to evaluate your growth. Instead of weighing you, if you analyze your weight through the fitting of your skinny outfits, you shall get far precise and accurate measurement.