Lauren Lindsey Donzis is an American actress and singer who is known for having been cast as Molly in the Netflix comedy web series, No Good Nick, as well as for playing the role of Ruby in the comedy television series, Liv and Maddie. She started acting at a very young age and her very first experience in the field came when she was cast in a school production of the popular play, Peter Pan. Over the years, Lauren Lindsey Donzis has been a part of a number of acting projects which include the likes of Austin & Ally, Best Friends Whenever, The Perfect Stanleys, No She Wasn’t, An American Girl Story: Summer Camp, Friends for Life, Ghosted, All About The Washingtons, and 101 Dalmatian Street Shorts. She has also branched out as a singer and has released a track titled Everything I Need. Moreover, Lauren Lindsey Donzis has also amassed a generous fan base on social media as she enjoys more than 500k followers on Instagram and more than 10k followers on Twitter.

Lauren Lindsey Donzis is of Ashkenazi Jewish and German descent.

Lauren Lindsey Donzis has done endorsement work for a number of brands such as Round Table Pizza, Amazon, Allstate, Chili’s Restaurant, Verizon Fios, and many more.

She has also either endorsed or promoted a couple of brands through social media which include the likes of Izzy Be Clothing and ADINA’S JEWELS.

Lauren Lindsey Donzis grew up in a Jewish household.

Lauren Lindsey Donzis has released a single titled Everything I Need.

She has also performed a couple of songs, such as Power of Two and One Second Chance, in several episodes of the show, Liv and Maddie.

Lauren Lindsey Donzis stays fit by maintaining an active lifestyle. She has also been practicing yoga and mindfulness meditation since she was 9 years old. 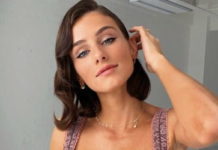 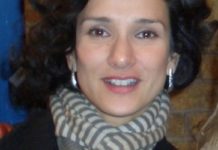