Lena Dunham is renowned for being free spirited and speaking her mind on every occasion. She is a successful American actress, author, screenwriter, producer and director. She is the creator of popular TV series Girls and has the accolade of creating a film Tiny Furniture that was released in 2010. Dunham has been honored with two Golden Globe Awards and a Directors Guild Award for Girls.

Apart from her marvelous performances, on and off the stage, she has been getting a lot of attention recently after she posted a workout picture on Instagram with a motivational message about her workout regime, and how she manages to keep herself fit. Here, we have brought you the juiciest details of her fitness fundas that will keep you entertained and may even motivate to create your own fitness regime.

The first fitness funda we can learn from the cool headed actress is to never get distracted. She has admitted that she was keen on taking out time for being fit despite her commitments to the 5th season of Girls.

Physical and Mental Wellbeing is Interrelated

The talented actress believes that working out has helped her to control her anxiety issues. She now believes that exercising is not only for body, it’s for the mind as well. Though some people, who are suffering from problems like depression and Obsessive Compulsive Disorders may not find working out to be useful at first, but she believes that once you give it a shot, you will definitely like it.

The native New Yorker has turned to the popular The Tracy Anderson Method. This is a great method that has been adopted by other popular stars like Madonna and Gwyneth Paltrow. This method usually involves mat exercises with a focus on accessory muscles. Acroyoga (a fusion of acrobatics and yoga) is another form of exercise that has proved to be fruitful for Dunham. These exercises may look uncomplicated and easy but they are really not. It has helped Lena to realize that how much work is required on her part to get back in shape. 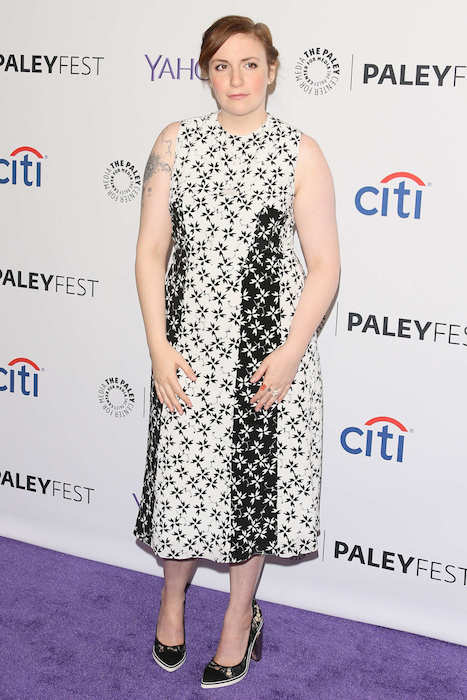 Lena has admitted to the fact that her physical health was in jeopardy. She has confessed that she even had problems in taking stairs which made her realize the importance of being physically fit. But her true motivation came from her parents. Both her parents like to exercise a lot and look really great. The star of Girls, on the other hand, felt that her health was even worse than her parents. So, she just motivated herself and now she is seeing success.

Diet as a Kid

Like most of us, Lena was endlessly pampered in her childhood. She had a special weakness for pancakes. She had also tasted everything from Doritos, Steak, Sara Lee pound cake, Stouffer’s French bread pepperoni pizzas, Shepherd’s pie, huge hunks of goose liver pâté to raw hamburger meat and vinegar.

Lena also ate organic hamburger patties and spinach-and-cheese ravioli. She liked eating all that to be strong and smart. Well, most of us believed that too.

Diet as a College Girl

She really didn’t have a diet plan, when she was at college. She admitted to eating bad Midwestern pizza at three in the morning. Her other weaknesses included soy ice cream and overstuffed burritos.

Don’t Pamper Yourself too much

Dunham has accepted that she had too much of laxative tea and coffee, and smoked cigarettes that messed up her body. Eating at odd hours was another bad diet habit that cost her lot. So, her advice here is to stick to a good diet plan and not to pamper yourself too much.

Be Proud of Yourself

Like most of the young girls, Lena also felt weird when she saw all the slim girls and envied from their figure. But, she has now accepted that she is who she is. She doesn’t want to be anyone else. Therefore, she feels good about her size. Lena confessed that there was a time when she went in a room full of thin women and felt what’s wrong with her, but now when she enters such a room she feels special. Well, we must say it’s all about perspective. If you think you are beautiful, then you are, if you don’t, then no exercise would help you feel good.