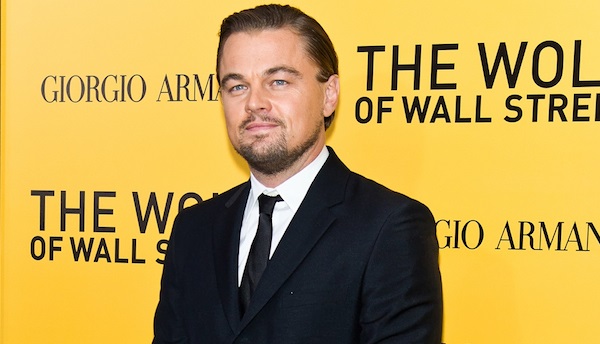 Killer physique, hazel-eyed, Titanic star, Leonardo DiCaprio is the most iconic celeb of Hollywood. Nominated for five Academy Awards, Leonardo has appeared in numerous successful movies such as inception, Gangs of New York, The Departed, and countless others. The hunk indeed is equipped with incredible talent and panache.

Being the most dedicated actor of Hollywood, Leonardo doesn’t desist from transforming his body for the sake of his roles in the movies. The handsome actor puts his heart and soul into his work to cherish his fans with his outstanding performances.

So far, you would have seen him in different body shapes. It’s not really painless to be Leonardo. The commitment of the actor towards his profession can aptly be gauged from his bygone roles.

While grooming him for his role in Inception, Leonardo was supposed to gain six pack abs and strip off thirty pounds to look fit for the commanding role. As soon as his role was confirmed, without ado, the star immediately got to work and got so much engrossed in torching pounds, that he presented him in the prerequisite body frame even before the start of its shootings.

Chiseled body of Leonardo reflects the nutritious and healthy diet he feeds to his body. Transition in body weight being the prior demand of his profession prompts him to switch over to different diet regimes. However, his usual diet regime is cognizant and amicable to health.

He counts on organic foods such as, organic meat, chicken, green veggies, fruits, nuts, seeds. The actor consumes balanced diet, which is blend of lean protein, carbs, and healthy fats. Besides that, he eats several small meals in a day to keep his body agile and full of life.

The heartthrob actor shifts to crash diet plans directed by his nutrition expert, when he has to weed out pounds and look emancipated with time constraint. Crash diet alias starvation diet programs can certainly shave off pounds from your body in short time. However, their severe impacts might last on your body for your lifetime. So, you are recommended to keep you from such diet plans.

For Leonardo, workouts are the most potent means to rip his body. Under the supervision of his personal trainer, Gregory Joujon Roche, Leonardo practices workouts six days in a week for ninety minutes.

Instead of relying on high intensity exercises only, his personal trainer has him do all kinds of workouts targeted to burn fats from various parts of his body. Strength training, interval training, cardio, yoga, martial art are some of the exercises he does on regular basis.

Triceps and backside of the upper body, being the strongest and most ripped parts of Leonardo, are the outcome of weightlifting on which he devotes thirty minutes in a day. You can practice interval training to acquire body like him. Interval training being the blend of high intensity and low intensity workouts is complete package of hot and powerful workouts.

Cardio workout in the interval training burns calories from your body by raising your heart rate. You can do running, jogging, squats, crunches, lunches among cardio workouts. After doing cardio, give your body rest for three to four minutes to make quick recovery.

After cardio, switch to weight lifting to tone your chest, shoulders, arms, and stomach abs. Weight lifting multiplies the number of muscles, which further shapes up your body parts without bulking up.

Leonardo DiCaprio residing in the hearts of countless girls all over the world can make any man envy him. Leonardo recommends his fans to develop strong or iron will to achieve your objective. When you get adamant and relentlessly prompt you to reach your objective, sooner or later, you are bound to achieve them.

Self-experiences of Leonardo DiCaprio should be nothing less than inspirational to you. Daunted by glam life of Hollywood, it was seldom easy for him to deliberately modulate his weight, but the handsome star has been able to do so without any fail, only by using his will power.

The hardest battle in front of you is not to fight against fats or pounds, it in-fact is to mollify your mind. And once you conquer your mind, your body will automatically work as per your desires and commands.