Liam Neeson is a critically-acclaimed actor and voiceover artist from Northern Ireland who was placed 7th on The Irish Times list of “Ireland’s 50 Greatest Film Actors” in 2020. He is known for his roles in movies such as Schindler’s List, Michael Collins, A Prayer for the Dying, Darkman, Next of Kin, Rob Roy, Everest, Michael Collins, Star Wars: Episode I – The Phantom Menace, Les Misérables, The Haunting, K-19: The Widowmaker, Gangs of New York, Love Actually, Kinsey, Batman Begins, Five Minutes of Heaven, Ponyo, Clash of the Titans, The A-Team, Taken, Wrath of the Titans, Taken 2, The Lego Movie, A Million Ways to Die in the West, A Walk Among the Tombstones, Cold Pursuit, Operation Chromite, Mark Felt: The Man Who Brought Down the White House, The Marksman, Honest Thief, and The Chronicles of Narnia series. Over the years, Liam Neeson has been a recipient of several accolades, including nominations for at least an Academy Award, a British Academy Film Award, 2 Tony Awards, 3 Golden Globe Awards, and the Venice Film Festival’s Volpi Cup.

In 1971, Liam went to Queen’s University Belfast in Belfast, Northern Ireland and studied physics and computer science, but he dropped out because he had to work for Guinness Brewery.

Liam graduated from the Gaiety School of Drama in Dublin, Ireland.

Liam has been signed to ARG (Talent Agency) which is based in London, England, United Kingdom.

His net worth has been $145 Million according to CelebrityNetWorth.com.

Liam Neeson is of Irish descent.

Liam is an Irish Goodwill Ambassador of UNICEF.

He appeared in 2015 in the Clash of Clans Super Bowl commercial.

His role as Oscar Shindler in Steven Spielberg’s movie Schindler’s List in 1993.

Also, Liam has been known for his roles in the movies Star Wars Episode I: The Phantom Menace, Taken 1, Taken 2, Taken 3, Batman Begins, Clash of the Titans, Les Miserables, and others.

He appeared in 1978 in the movie called Pilgrim’s Progress playing one of the major roles of Jesus Christ.

His first appearance in a TV show was in 1978 when he played the role of Dermont in the TV series Play for Today in the episode Dinner at the Sporting Club.

Liam had trained with Mark Vanselow for 12 films in a row.

In one of the interviews, Liam said that working out with Mark has been providing great results, despite the fact that he (Liam) is over 60 years old.

Training to keep Liam in the best shape possible while looking after the injured muscles makes Vanselow the right choice for every person, says a friend of Mark. Mark says that many trainers make bad decisions by giving the same workout program to each and every client, instead of first defining what that person’s fitness needs are.

You can read more about Liam’s personal trainer HERE. 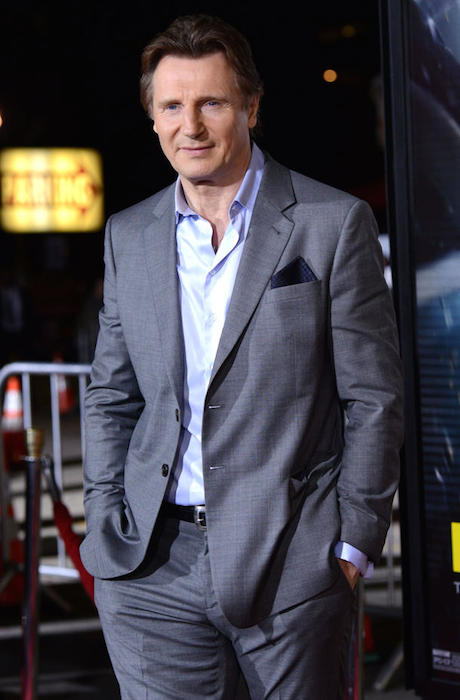