Maya Hawke is an American actress and model who is well-known for her role as Robin in the 3rd season of Netflix’s mega-popular series Stranger Things. Before fame, she made her first on-screen appearance as Jo March on BBC’s adaptation of Louisa May Alcott’s semi-autobiographical novel Little Women which was released in 2017. She originally comes from a family of renown actors so it didn’t take long until she developed her own interest in acting. Aside from being an actress, she also does modeling and made her debut as a professional when she modeled for Vogue magazine. Shortly after she was introduced to the modeling industry, she was later chosen as the face of the famous British fashion retailer AllSaints for its 2016/2017 collection. She was also chosen as one of the faces on Calvin Klein‘s underwear range video campaign directed by Sofia Coppola.

She went to Saint Ann’s School in Brooklyn, New York City wherein she developed her interest in acting. Hawke later attended the Royal Academy of Dramatic Arts in London and Stella Adler Studio of Acting in New York.

Before accepting her first on-screen role on BBC’s Little Women in 2017, she went to the performing arts school, Juilliard for a year.

Maya Hawke has endorsed brands such as –

In 2019, she made her theatrical film debut as the Flower Child in the drama film Once Upon a Time in Hollywood.

In 2015, she made her TV show debut as ‘Herself’ on the talk show, Entertainment Tonight. 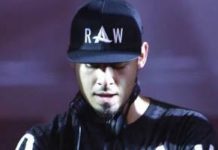