Credited with dashing look and killer smile, Michael Fassbender is an Irish actor having ripped and toned body. Having appeared in iconic movies such as 300, Hunger, Centurion, and others, Fassbender has been able to win thousands of fans all around the world.

Along with his acting caliber, his spectacular body undeniably has been responsible for his popularity. Being not genetically slender, Michael has to work really hard to attain desired body shapes. Different movies seeking diverse roles further thrust the actor to gain or lose weight accordingly. 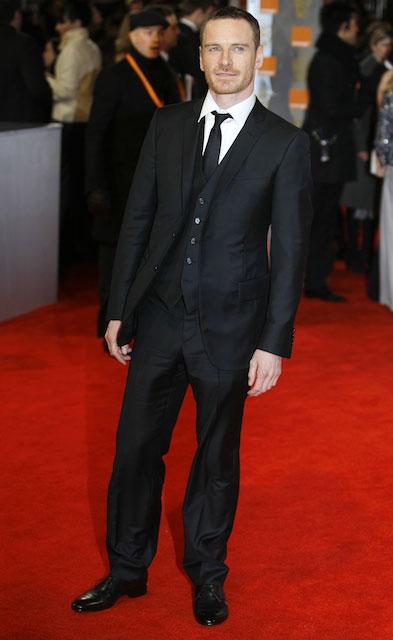 Michael character in movies generally is of a tough, resilient, and relentless guy. He often has to practice workouts for hours to get fit in the roles, requiring him to have persistent motivation and exertions. For his movie 300, the handsome dude had to exercise ten to twelve hours for two months, because the fighting scenes in the movie required him to display incredible strength, stamina, and endurance.

He attained his warrior look by practicing circuit training which was an amalgamation of pull ups, deadlifts, push-ups, box jumps, floor wipers, kettle bell clean and press, and pull-ups. In the meanwhile, to recover his body from training, he ran on treadmill for two minutes.

In addition to that, he also included tire flipping, sledgehammer chops, and medicine ball work in his workouts, and performed them twice in a week. He reserved cardio workouts such as cycling, running, swimming, hiking etc. for weekends.

Michael inevitably has been able to acquire stud body both with the help of workouts and diet. His diet is always in complete sync with workouts. To make sure that his body gets sufficient protein to recover the muscle loss, Fassbender eats bountiful protein-rich foods in his diet.

After starting his day with a protein smoothie, the star inculcates lean protein such as skinless chicken breast, turkey, red meat etc. in his lunch and dinner. Fassbender avoids including carb-rich foods in his diet because they cause a spike in his blood sugar level and trigger accumulation of fat inside his body.

To ensure adequate recovery, instead of having big meals, Fassbender counts more on small meals and eats meals after every three hours. Small meals spark off your metabolism and assist your body in building muscle mass.

Though Fassbender is prudent about his diet, but he shares, there have also been times when he ate foods only to survive and to gain calories for practicing workouts. And it was during his preparation for his role in the movie, Hunger, in which he was supposed to look overly skinny.

He began his journey by cutting his calories consumption to 900 in a day. However, when no apparent results were perceived, he further pruned the calorie consumption to 600 calories in a day.

After having blueberries, strawberries, walnuts, almonds etc. in his breakfast, he had sardines and whole grain bread in his dinner. However, to make sure that he doesn’t sacrifice his muscles while doing so, he walked daily to four miles and practiced various postures of yoga.

If you are one of the fans of Fassbender and wish to attain muscular body like him, you can do that by sticking to his exercise and diet regime. That being said, temptation to attain quick results might make you likely to become victim of overtraining. So don’t show haste and proceed step by step towards your goal.

Grueling exercises are superb means to attain a sought-after body, but they should be done under expert supervision. Fassbender always had his personal trainer Mark Twight guiding and directing his steps. You can do bench and shoulder press, bent over rows, squats, bicep curls etc. to build biceps like Fassbender.

If possible, embark on workouts with the aid of a fitness expert. Doing so will make you astute about all the pros and cons of workouts, and also the prerequisite precautions you should take while doing intense workouts. Once you grow proficient in them, you can practice them on your own.

And as far as far diet is concerned, switch to low carb, low-fat, and high protein diet. Make fish, walnuts, avocados, hemp seeds, oatmeal etc. integral parts of your diet regime, for they have high content of omega 3 fatty acids. Apart from that, cut dairy and sugary food items from your diet.