Michelle Keegan is an English actor and stage artist who is known for her television roles like playing Tina McIntyre in the ITV soap opera Coronation Street, Tracy Shawcross in the drama series Ordinary Lies, Lance Corporal Georgie Lane in the military drama series Our Girl, Tina Moore in the ITV series Tina and Bobby, and Erin Croft in the comedy-drama series Brassic. In addition to that, she has also been cast in several other shows and movies which include Coronation Street: Out of Africa, Red Dwarf: Back to Earth, Lemon La Vida Loca, Drunk History, Plebs, The Crystal Maze, The Keith & Paddy Picture Show, Who Do You Think You Are?, Strangeways Here We Come, and RuPaul‘s Drag Race: UK vs the World.

Michelle Keegan’s career has been managed by –

Her father is English while her mom is Gibraltarian.

Michelle is also one-fourth Spanish due to her maternal grandmother. 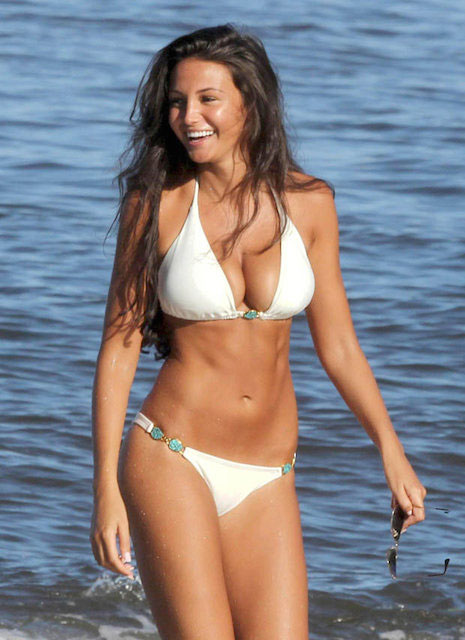 Keegan appeared in the 2008 spin-off film Coronation Street: Out of Africa for her role as Tina McIntyre.

She does not spend too much time on exercise. Keegan only spends 40 minutes, three days in a week on exercises. Michelle Keegan likes swimming, which is cardio as well as a recreational activity. She also maintains moderation in her diet. Read her complete workout routine and diet plan.