Michelle LaVaughn Robinson Obama is the wife of the 44th and incumbent President of the United States, Barack Obama, and the first African-American First Lady of the United States. She has toned arms and if you have a desire to get arms like that, so you can follow a sample workout routine described below.

Performing this schedule for 2 times a week and 15 minutes each time would be sufficient for toning your arms.

Please note that, start these exercises with a small number of repetitions and then gradually increase as you move to pro level. Another thing, execute these exercises in a variety of orders to get best results. As you would be doing weight training, so modify the amount weights being picked each time. 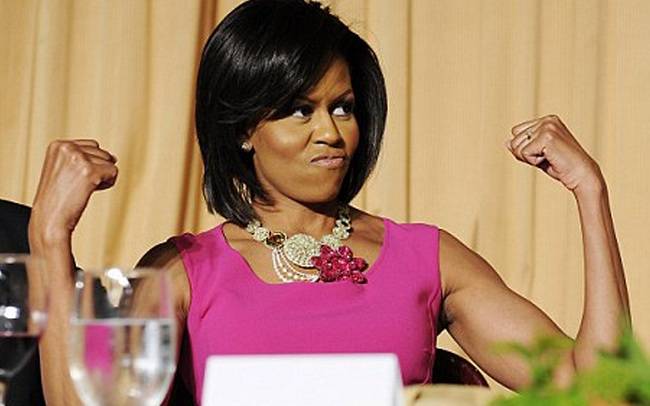 Triceps, as you already know, are the three headed bunch of muscles joining at the elbow. These are found at the back of the arm. So, the triceps workout would include many exercises. Some of these are –

Skullcrusher – This exercise gets its name because if you will drop the weights, then you are more likely to injure your skull due to the positioning of the weights.

Biceps is a muscle having twp points of attachment at one end. These muscles lie in the upper arm.

You can implement these arms workout exercises to gain more beautiful arms. But you know there are always some precautions to take care.