Mike Tyson is an American former professional boxer who competed from 1985 to 2005 and is considered one of the best heavyweight boxers of all time, often referred to as “The Baddest Man on the Planet”. He became the youngest boxer to win a heavyweight title at 20 years, four months, and 22 days old and has had a glorious career during which he achieved several feats like becoming the first heavyweight boxer to simultaneously hold the WBA, WBC, and IBF titles as well as the only heavyweight to unify them in succession. Known for his ferocious and intimidating boxing style, Sky Sports described him as “perhaps the most ferocious fighter to step into a professional ring”. Moreover, he was convicted of rape and sentenced to six years in prison in 1992 but he was released on parole after three years. 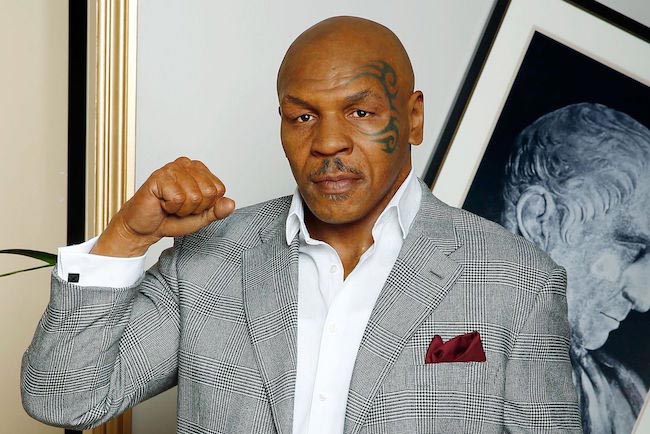 He attended school but dropped out of high school as a junior.

In 1989, he was honored with Doctorate in Humane Letters from Central State University.

He has been represented by ICM Partners, Talent and Literary Agency, Los Angeles, California, United States.

He also has two more children, daughter Exodus and son Miguel from another relationship. Though, he lost his daughter Exodus on May 26, 2009, due to injuries incurred due to a treadmill machine.

He is of African-American and African-Jamaican descent.

In 1988, he appeared in a Diet Pepsi commercial with Robin Givens.

Being a heavyweight world champion in boxing.

Mike made his professional boxing debut on March 6, 1985, in a match against Hector Mercedes at Plaza Convention Center, Albany, New York, U.S.

In 1987, Mike was seen in the family comedy series Webster where he played the role of Mike Tyson in just one episode entitled “The K.O. Kid.”

He has tried a vegan diet in the past for 4 continuous years and has shown his interest to try yoga.

Mike likes to eat grilled artichokes and eats a pound of blueberries daily.

Mike has revealed his boxing workout regimen on Men’s Fitness.

“I became a vegan. My wife told me to get on a treadmill. I went from 15 minutes on the treadmill and ended at 2 hours.”