Resident Evil Star Milla Jovovich is as badass in real life as ‘Alice’ in the movie!

She started looking for work at the age of 9! Landed her first magazine cover at the age of 11! Three decades later, at the age of 40, Milla Jovovich shows absolutely no signs of fatigue. Model turned actress, musician, fashion designer, entrepreneur and a mother to two daughters, Milla Jovovich seems to perform more roles in real life than the average woman can imagine. Yet, she seems to be the perfect example of someone who thrives in the moment and lives life to the fullest.

Milla had a thriving modeling and acting career during her teens. She left school in the seventh grade to work full time. However, not particularly happy with the acting industry, she left United States to pursue music full time in London and start her own band at the age of 16. She made a comeback to acting at the age of 22 and was cast in the critically acclaimed, box office sensation, French sci-fi, The Fifth Element (1997) opposite Bruce Willis and Gary Oldman.

At 26, she quit acting and modeling to start her own clothing line with another friend and fellow model, Carmen Hawk. They had a successful run for nearly five years, until the orders got bigger and it was not possible to cope with them from a simple Los Angeles studio. So rather than go the corporate way, they wrapped up their venture.

At 31, Milla became a full time mother and two years later, married the father of her child, Resident Evil franchise director, Paul William Scott Anderson and has been happily settled in her family life ever since.

Milla was born to a Serbian father who practiced as a doctor and a Russian mother who was an actress. Her parents left their careers behind and immigrated to the United States, when Milla was five years old, in the hope to provide her with a better future.

Life was hard as neither of her parents could practice their original professions. Milla’s mother, particularly, could not speak good English without an accent or find herself an agent. They had to settle for a job in housekeeping and cleaned toilets for a living. With whatever money her parents could put together, Milla was made to take dance lessons, art lessons, and piano and guitar lessons. Her mother ensured that she was well versed with Russian literature and groomed her for potential auditions using all the experience she had.

Circumstances did not get any kinder when Milla’s parents separated. At a very young age, she had to bear the onus of providing her family with a better future. That explains her drive that refuses to settle for mere status-quo.

Whatever you do, do it with passion!

Milla had strong work-ethic drilled into her since a very early age. Even though cleaning toilets was a major downgrade from their original careers, Jovovich claimed that her parents never complained and made sure they did an extremely good job with whatever they were assigned to do.

Her strength as an individual is reflected in all her movie roles, as she is seen portraying a super-woman archetype particularly as the character of Alice in Resident Evil movies. All set to appear one last time in the sixth part of the franchise, Resident Evil: The Final Chapter is set for release by the end of 2016.

For all those youngsters, who complain they want a break in the highly competitive entertainment industry, Milla insists doing your homework. If you genuinely aspire to be a model, you should be studying the work of leading fashion photographers, different types of modeling and what is expected of each type. Complaining about a lack of job, education or opportunity will not help you move forward.

Not matter what your limitations are, one can always do something to improve themselves, which will eventually attract the right opportunity. 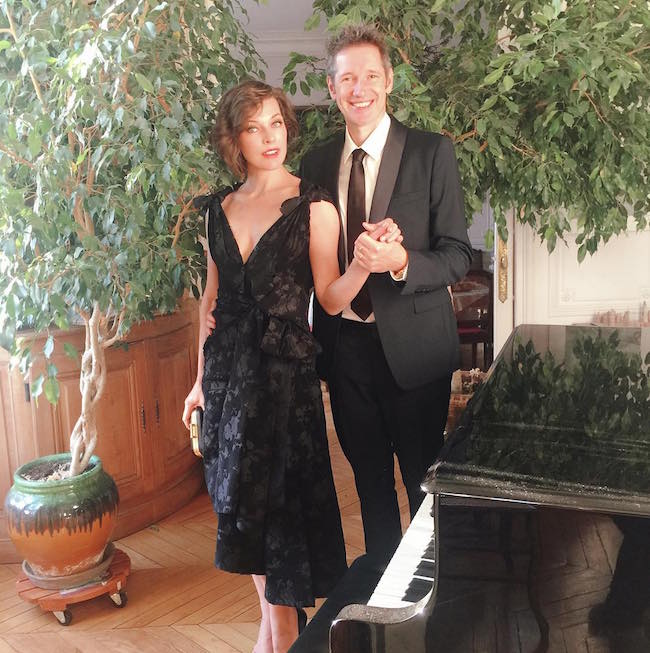 A pretty face will only get you through the door

This is a valuable lesson that Milla takes very seriously. Her mother often reiterated that good looks can only get you attention and do not entitle you for success. If you cannot back up your appearance with a strong personality that relies upon knowledge, talent and hard work, you will find yourself overlooked and out of work fairly quickly.

Milla claims to be financially sound since her teens and never went broke despite her erratic career path. Wary of the stock market, she pulled out all her earnings and keeps it invested in real estate since the early 2000s. Apart from being an ardent musician and a voracious reader, she uses modeling to allow her the financial freedom to pursue creative movie projects of her choice that quench her thirst for adventure and performing her own stunts. 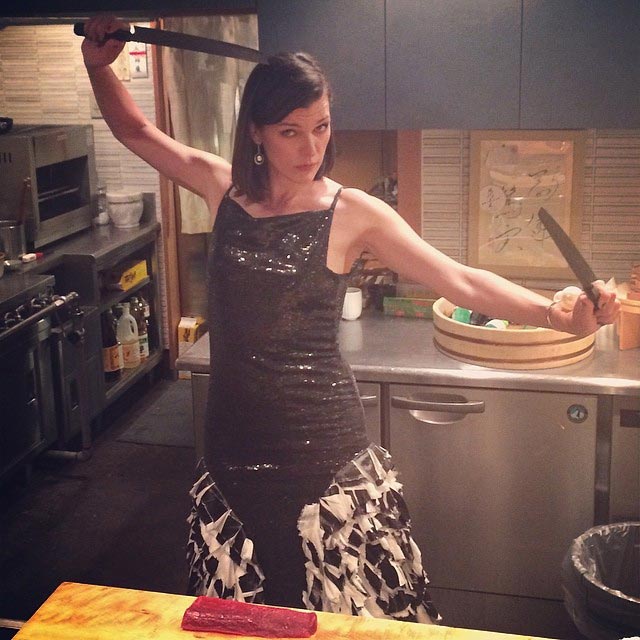 As a child, Milla loved reading stories about ninjas in Japanese comics. She considers herself extremely fortunate for having the opportunity to learn Brazilian Jiu-jitsu and other martial art forms to imbibe the grace and strength of a mentally strong fighter.

She highly recommends trying out martial art of any genre because it helps you get a better grip on your emotions and engages your mind to find internal balance. The art of fighting provides the much needed self-security with the added knowledge to protect oneself.

Ironically, Milla confessed that the realization of being capable of hurting other people instills kindness for the weak and makes you want to walk away from unnecessary fights.

The following video is a brief, behind the scenes montage of Milla practicing her fight choreography.

During her first pregnancy, Milla ate whatever she wanted and having a huge appetite, gained 75 pounds, a lot of that excess weight being completely unnecessary. Soon after the baby’s birth, she sought celebrity trainer, Harley Pasternak’s help.

Pasternak revealed that the personal training sessions he provided Milla were merely 45 minutes long. For maximum benefit of such brief sessions, her workouts were designed as fat-busting, full body circuits that incorporated an upper body exercise, a lower body move, a core strengthening exercise that concluded with a cardio burst at the end of each round. 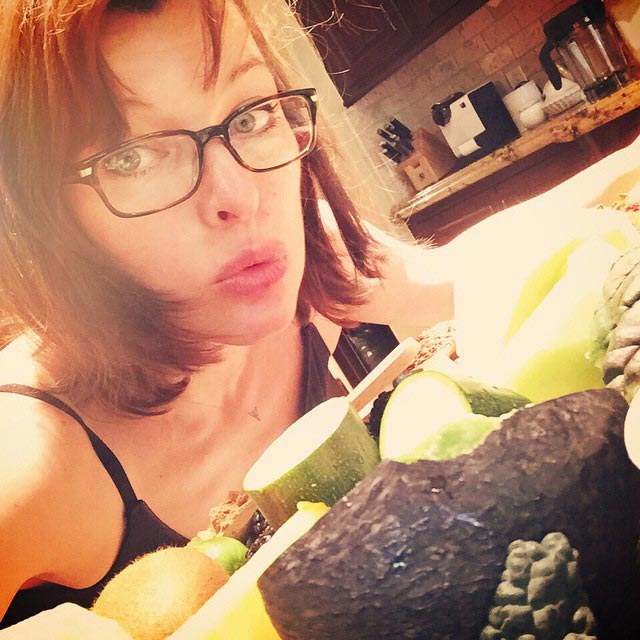 Harley claims that the intense, time efficient workouts would have amounted to no benefit had he not restructured Milla’s entire diet according to his 5 Factor program. Meals were prepared and delivered to Milla’s doorstep that were severely restricted in calories, even though she was allowed five meals and two snacks a day.

In fact, Milla confessed that at one point, she was only eating oatmeal, salmon and artichokes every day of the week admitting that losing weight within a limited time frame can be mentally taxing. Despite all the help available to her, she still had to work very hard.

Training for the ‘Final Chapter’

On April 1, 2015, Milla Jovovich gave birth to her second daughter. Particularly, during the last trimester of her pregnancy, she committed to 12,000 steps a day and started logging a visual food diary on Facebook. She took keen interest to cook for herself, so she had the strength to train after the baby arrived, considering Resident Evil: The Final Chapter was scheduled for filming in August 2015.

Relocating to South Africa months ahead of filming, Milla hired the services of James White, head coach and founder of Roark Gyms. He helped her lose 20 kilos in 3 months!

On his personal blog, James revealed that there is no secret. Milla regained her body the old-fashioned way with hard work and plenty of sacrifice. However, there are some principles that all women should follow to improve their body composition which he also used to design Milla’s workout regimen. 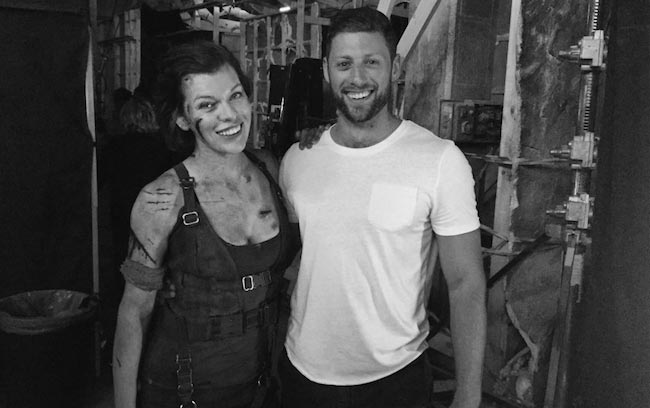 Training tip #1: High intensity cardio intervals three times a week coupled with at least two sessions of low intensity long duration cardio for recovery (60 minutes or more). James White is particularly partial to the rower for HIIT and accompanied Milla to long hikes over the weekend for recovery cardio.

Training tip #2: There is no need to lift extremely heavy weights, but resistance training with moderate loads is a time tested way to alter the shape and tone of the entire body without the fear of adding any unwanted bulk.

Training tip #3: Limit bread and sugars in your diet as much as you can. You should feel a mild discomfort yet ought to be able to keep your energy levels up throughout the day. Stay particularly wary of hidden, empty calories in dressings and sauces. Get used to the natural taste of vegetables and start cooking food in slow cookers as often as possible.

Milla suffers from one major vice of smoking. However, she has made yoga and meditation a daily part of her routine and is determined to cut back on this one bad habit that she developed in her teens.