Natasha studied Psychology at the University of Greenwich for a year. But, she dropped out to focus on her music career.

Natasha is represented by Red Light Management in London.

Natasha has endorsed the following brands – 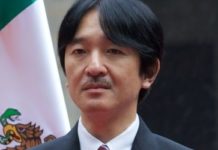