Handler is German on her mother’s side and Jewish American on her father’s side.

She has endorsed brands like T-mobile, Belvedere Vodka, Elizabeth Arden fragrances, Dog for Dog website among many others.

She has been seen in Netflix ads.

Although her mother was Mormon, she was raised in Reform Judaism.

In 2006, she had her first theatrical film appearance in the comedy film Cattle Call for her role as Nikita.

She released her first book My Horizontal Life: A Collection of One Night Stands in 2005 via Bloomsbury USA.

She takes help from Ben Bruno who describes Handler as a maniac on the sleds.

See her workout with Bruno on the sled. 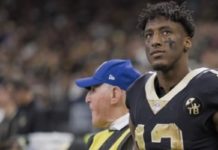